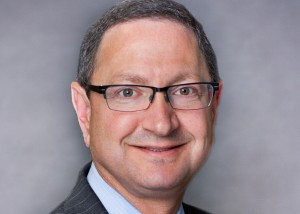 Hersh, a longtime private equity player in the energy patch, remains bullish despite some of the lowest oil prices in the past four years.

“North America has the capability to be energy independent,” Hersh told a crowd of about 150 people at the Buyouts Dallas conference at the Ritz-Carlton.

Hersh delved into energy and political developments around the globe impacted by growing U.S. supply, creating an environment for the first time in recent history that favors consumers of energy rather than producers.

“Too many people are talking about cratering prices,” he said.

With less demand for its natural gas and a lack of diversification in its economy, Russia has been flexing its military muscles in Ukraine and the Baltic states. Russian leader Vladimir Putin “could take NATO down,” Hersh said. “Are we actually going to go to war over Lithuania?”

Meanwhile, China continues to flex its muscles as an energy consumer. Its territorial dispute with Japan reflects its need to build shipping lanes to import oil and liquefied natural gas, Hersh said.

At the same time, the United States remains war-weary from conflicts in Iraq and Afghanistan, but with a growing supply of oil, it could possibly wean itself off of Middle East oil exported through the Straits of Hormuz in the next two years.

He added that increased production has delivered the equivalent of a “massive tax cut to the global economy.”