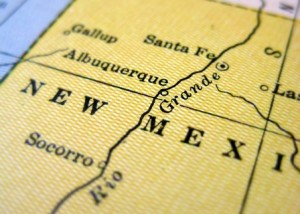 The investment plan set a private equity commitment pace of between $550 million and $650 million for the fiscal year ending June 30, 2016. The new pace would represent a modest increase over the $500 million to $600 million New Mexico’s $20 billion sovereign wealth fund has allocated to the asset class in each of the previous two years, according to investment council materials.

In recent months, the council has grown increasingly skeptical of the private equity industry and the fees managers charge their portfolio companies, a source with knowledge of the council told Buyouts. While questions about fees issues were not directly addressed at the June 23 meeting, they remain “top-of-mind” for many council members.

Council member Tom Clifford, who is also secretary of the New Mexico Department of Finance and Administration, said he is concerned that private equity firms do not face the same level of regulatory scrutiny as publicly traded securities, thereby making those investments more dangerous and less transparent.

“I’m really concerned about, as I’ve said before, moving away from publicly traded, regulated markets, into unregulated – or much less regulated, much less transparent, much less liquid – classes of assets [just] because everybody’s doing it,” Clifford said during the meeting.

He added: “I don’t think [private equity is] transparent. It’s vague. It’s unclear what we’re buying. It’s unclear where it is. I just have a lot of concerns with this whole approach.”

“Call up General Electric and ask them for details about the last company they took private, and they won’t say anything to you. But call up one of our private equity managers, and ask them details about last investment they made, and you’ll get that,” Smith said.

Despite the concerns raised by Clifford, the council committed up to $150 million to private equity at its June 23 meeting.

New Mexico SIC allocated up to $75 million to EQT VII, the latest offering from EQT Holdings. Fund VII is said to be highly oversubscribed, and many LPs who committed to the Swedish firm’s first close saw their allocations cut back to accommodate the level of demand, Buyouts has reported. EQT is targeting 5.25 billion euros ($5.87 billion) with a 6.75 billion-euro hard cap for investments in upper middle-market companies based in Northern and Central Europe.

The council also committed up to $75 million to Coller Capital’s latest secondary fund, which is targeting $5.5 billion with a $6 billion hard cap. That fund will acquire portfolios of private equity fund stakes from banks, insurance companies, hedge funds and general partners, according to LP memos.

The New Mexico State Investment Council valued its private equity portfolio at $1.37 billion as of Dec. 31, according to state documents.