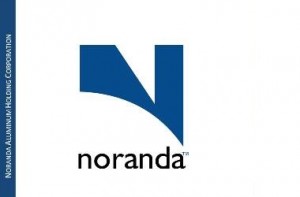 S&P credit analyst Michael Maggi said the Franklin, Tennessee-based aluminum producer’s leverage is expected to increase to 8x EBITDA in 2015 from 7x EBITDA in 2014, according to an August 17 research note. Maggi cut his overall view on Noranda to negative from stable and said low aluminum prices are expected to continue for now.

Creditors are still grappling with the repercussions of an accident at the company’s smelter in New Madrid, Missouri. The U.S. Department of Labor’s Occupational Safety and Health Administration said 33 workers were injured, although a company spokesman said none were critically hurt, according to an August 7 press report.

“Although the financial impact of the molten metal explosion … is unknown at this time, we expect the company’s liquidity could be pressured further until Noranda receives property and business interruption insurance payments,” Maggi said.

A decline in equity and bond prices in Noranda, and Apollo’s exit as primary shareholder have not negatively affected its view of the company, S&P said. The company completed a 1-for-7 reverse stock split in August.

A producer of bauxite, alumina, primary aluminum, and flat-rolled aluminum products, Noranda initially drew a roughly $200 million investment from Apollo in 2007, according to a source. Within a year, Apollo paid itself back with the company issuing debt and paying out a dividend to shareholders, the source said. Since then, Apollo has gotten additional paybacks through other dividend payments.

In May, Apollo exited its remaining stake in Noranda through a sale of common stock that grossed about $47 million, according to a filing. Apollo made a total return of about 3x on Noranda, according to a source.

Although the company had ample liquidity of about $159 million as of June 30, its capital spending requirements may use up its nearly $25 million in cash over the next few quarters, S&P said.

The company also has $135 million in available borrowing capacity under its asset-based lending (ABL) facility. S&P expects the amount available to drop over the next 12 months.

S&P stuck to its B- rating on a senior secured term loan to Noranda Aluminum Acquisition Corp, a unit of the company. The rating means the debt is more vulnerable to adverse business, financial and economic conditions, but it has the capacity to meet financial commitments, according to S&P definitions.

Separately, Moody’s Investors Service pared back its outlook for Noranda Aluminum to negative from stable.