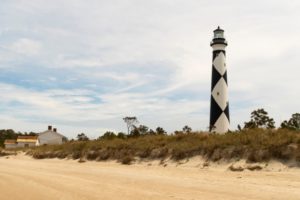 North Carolina State Treasury‘s private equity director said the coronavirus crisis would be a “slow bleed,” leaving many opportunities for distressed investors over the next three to four years.

“This is not a short-term opportunity set, this is a multi-year opportunity set,” said private equity director Craig Demko at the August 19 meeting of the Treasury’s investment advisory committee.

In particular, staff pointed out three of the pension’s existing managers who were poised to take advantage of the crisis: Apollo Global Management, Littlejohn & Co. and MHR Fund Management.

Apollo recently announced most of its 2017 vintage ninth flagship fund, which is currently investing, would focus on distressed-for-control investments, as Buyouts reported. North Carolina invested $220 million in its eighth fund, according to Buyouts data, but does not appear to be an LP in the ninth fund.

“They were actually really frustrated…where opportunities they saw dried up really quickly because of the liquidity pumped into the system,” said portfolio manager Brian Bolcar. “But they also know this is going to be an extended period where opportunities are going to come up. They’re seeing interest from LPs…distressed usually is tied to an economic cycle, and this is one of the most favorable cycles for the distressed managers.”

Bolcar said firms would need nine to 12 months to shore up their portfolio companies, but after that the market would be well-primed for firms to make acquisitions at “reduced valuations.”

“One of the common themes we heard is that owners of middle market companies are just tired. They worked so hard to build their business, and now they’re working way harder just to save it,” he said. “So, you can see people wanting to get out of businesses and not being nearly as sensitive at maximizing their upside. So, we expect this to be a good multi-year period for private equity on the investment side.”

Even if North Carolina is not an LP in the firms’ most recent funds, all three offer co-investments, another area of interest for North Carolina right now.

“We’re getting calls still for co-investments and secondaries from existing GPs and non-existing GP to take a look at transactions,” Demko said.

Landmark focuses on secondaries, while one of North Carolina’s separately managed accounts with Grosvenor has a secondaries focus, according to the presentation.

One of its existing co-investments outlined in the presentation was a $40 million structured secondaries deal done in conjunction with Landmark.

The fund had $270 million in co-investments, which it said had saved the fund about $85 million in fees. The multiple as of March 31 was 1.07x and the preliminary June 30 multiple was 1.19x.

North Carolina’s PE portfolio appeared to weather the covid crisis relatively well, as Buyouts reported. As of June 30, its total fund was valued at $103.9 billion.

Neither Demko nor Bolcar responded to requests for comment for this story.