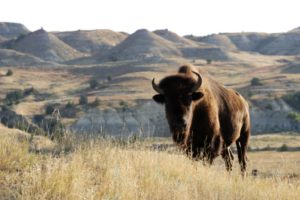 The board approved Callan studying the issue despite tension between board members over how the matter was introduced.

The fund already has an in-state lending program with the Bank of North Dakota, a commitment it just expanded to $400 million.

Another state board which advises the Legacy fund will also have to approve the study at its meeting in mid-November. The Legacy fund was created in 2010 by setting aside a portion of oil and gas taxes. According to its most recent performance report, the fund has assets invested in global equities, fixed income and real assets. It is managed by North Dakota Retirement and Investment Office, which also administers the state pension funds.

At its October 23 meeting, the board heard presentations from Barings, GCM Grosvenor and Hamilton Lane about other in-state investment programs. They covered how to execute these sorts of plans, how to prevent problems such as portfolio concentration and how to reconcile the regional focus with fiduciary duty.

Mina Pacheco Nazemi of Barings, which is a partner in Alaska Permanent Fund‘s in-state investment program, as Buyouts reported, said a critical component would be a mix of private equity, venture and real assets. She cited over-allocation to venture as a problem she has seen other in-state programs encounter when focusing on a geographically limited market.

“The nature of the asset class is quite volatile,” she said. “You want to make sure the portfolio isn’t sort of innately higher-risk because of that limitation.”

Grosvenor’s Bernard Yankovich stressed the importance of a clear, well-articulated vision for what a program is seeking to accomplish.

“It’s really important that those goals be articulated, that the folks bringing the capital to the program [and] who will have oversight on the program, alongside their manager, really are in sync as to the objectives and then that they communicate those effectively,” he said.

The idea of an in-state investment program got more public attention in September, when state insurance commissioner Jon Godfread, a member of the board, sent out a press release detailing his own proposal that would commit $350 million, about 5 percent of the Legacy fund. Godfread’s idea was to create a new investment advisory committee to oversee it, just days after sharing it with the board at a previous meeting.

The proposal was picked up by local media, and both Godfread and board chairman Brent Sanford, also the state’s lieutenant governor, credited the proposal with drawing attention to the issue. But not all board members saw it that way.

“I’m offended by how this has come down,” state treasurer Kelly Schmidt said during the October 23 meeting.

In that statement and in a call with Buyouts, Schmidt voiced her unhappiness with how Godfread went about offering his proposal. She said he spoke with board members outside the committee room to try to drum up support for it instead of letting the board discuss it.

“The governance structure of our board was not followed,” she said. She also said she had concerns about the details of Godfread’s proposal.

At the meeting, Godfread refused to apologize for making his proposal. “I apologize if it’s been uncomfortable, but I’m not going to apologize for all that comes forward because it has been a very worthwhile discussion,” he said.

At the meeting he admitted his proposal “probably wasn’t on point” but said the suggestion that there were “some sort of nefarious actions or doing something below board” on his part as “ridiculous.”

In an interview, he told Buyouts his proposal was only intended to stimulate discussion and he thinks engaging the public was a good thing.

Schmidt told Buyouts she was “disappointed” Godfread did not directly apologize. At the meeting, though, she seconded the motion to approve the study, which passed unanimously, and told Buyouts she supported the in-state program as long as it was done right.

“We just have to make sure that we stick to our knitting, and what we’ve done for decades has worked, and our process has worked, and I believe once we get it all tied up with this it’s going to work,” Schmidt told Buyouts.

If the other board also approves the Callan study, it could be completed by the end of the first quarter of 2021, according to executive director and chief investment officer David Hunter.

Action Items: read the materials for the October 23 meeting here.