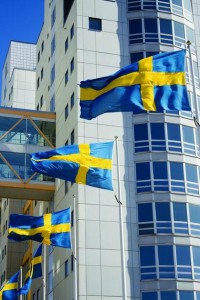 There has been concern that Scandinavian-based pension funds might decrease their allocations to private equity as the largest among them, Sweden’s €87.3bn AP funds came under the scrutiny of the ministry of finance after a row over activist private equity funds. Of the seven AP pension funds, two invest with Cinven, a €60bn European buyout firm operating out of London, Frankfurt, Milan and Paris. The row began because Cinven was targeting Volvo, the Swedish car manufacturer, for takeover. The buyout firm wanted the cash-rich company to pay larger dividends to shareholders and to break up the company.

Against the backdrop of the Swedish general elections, Sven-Erik Osterberg, minister for local government and financial markets, along with Tomas Ostros, industry minister, requested a meeting with the boards of the five main AP funds to discuss their investment guidelines. The date for the meeting was never set but determined to be sometime after the elections.

AP1’s chief executive, William af Sandberg, defended the position and said that a holding in Cinven was not contradictory to the fiduciary duties of the pension funds – if anything the opposite because the fund returned 78% annually. AP2 also has a holding with Cinven but not in the specific fund involved in the Volvo takeover.

Osterberg and Ostros’ Social Democrat party lost the elections. Lars Gavelin, senior advisor to the ministry of finance who is a civil servant and is responsible for looking after the AP funds and followed the developments by the previous government said: “The Government invited five AP chairmen to a meeting but it was cancelled because they didn’t win the election and were no longer in office.”

The new minister of finance, Anders Borg, hasn’t expressed a view on private equity but generally it is considered beneficial for pension funds and beneficial as long as it is consistent with the funds’ investment objectives.

In mid-November, the private equity conference circuit made its way to Stockholm and the general view was that Nordic pension funds were not investing enough into private equity. On average the top 12 pension funds across the region (Swedish, Danish and Norwegian) are investing 1% to 4% in private equity compared with 5% to 10% in the US, according to a survey conducted by Greenpark Capital, a London-based dedicated purchaser of secondary private equity with US$700m in assets.

Christope Nicolas, investment director at Greenpark said: “This is a big gap between what the US-based pension funds are prepared to invest and what Northern European funds are doing in the private equity space.”

The survey also found that of the meagre margins invested in private equity 50% to 60% of that investment is in local allocations to the Nordic region. Nicolas said: “In fact one of the pensions we looked into has its entire allocation to private equity with just one manager. It has had fantastic returns so this guy thinks he is smart but, in fact, he just got lucky.”

Investing locally for Scandinavian pension funds presents specific risks: for example, the Norwegian economy is heavily dependant on oil prices and a few other industries. The Finnish economy is based almost totally on Nokia and the paper industry but Nokia has an incredible power to move the needle in Finland. The Danish economy is very small and doesn’t have many global industries. Sweden is deeper but still doesn’t provide the level of diversification found in other European countries such as the UK.

There are two ways in which Nordic pension funds can improve their returns from private equity. The first is to increase their allocations to the sector and spread this investment further afield. The second is to sell down their Nordic exposure and disperse the allocation in a broader fashion. Of course groups such as Greenpark Capital hope that these pensions choose option two so that they can buy some Nordic private equity exposure but it seems unlikely. Nicolas said: “Over the last 12 months, we have been approached by pension funds that are overexposed to the region and to their own countries, however, when it comes time to make a deal some back out because they are concerned about their future relationships with the underlying fund managers.”