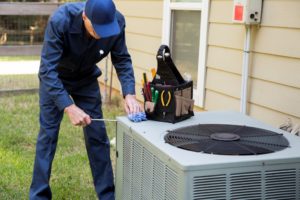 Novacap is running another single-asset secondary process on one of its portfolio companies, the second such deal the firm is using to extend its hold over assets for which it sees more room for growth.

Novacap, based in Montreal, wants to move its portfolio company Master Group out of its third fund and into a continuation pool for more time and capital to grow the investment, two sources told Buyouts.

The deal is one of numerous that are crowding the market in the second half of the year. Secondaries is heading toward what could be record transaction volume after a slowdown in last year’s pandemic-roiled markets.

Novacap’s Master Group process may total around $440 million, which could include about $120 million from Novacap’s fifth fund, in a cross-fund investment, as well $250 million of secondary capital, the two sources said. The firm closed Fund V on C$940 million in 2019.

Fund III LPs have the option to cash out of their interests in the company, or re-invest through the continuation vehicle, sources said. Credit Suisse is working as secondary adviser on the deal.

The cross-fund aspect is part of a trend that seems to focus especially on single-asset deals. Buyers like to see a GP using capital from a new fund to reinvest in an older portfolio company as an example of the manager’s belief in the business.

Another single-asset deal, this one being contemplated by Platinum Equity, also could have a cross-fund aspect. Platinum is eyeing moving its portfolio company United Site Services, which provides portable toilet rental services, into a continuation fund in what could be a deal valued at $1 billion-plus. The secondary is one of several options Platinum is considering for United Site Services, Buyouts previously reported.

Novacap acquired Master Group, which provides heating, ventilation, air conditioning and refrigeration products in Canada, in 2014, through its third fund. Master Group was producing around $700 million of revenue and about $60 million of Ebitda, one of the sources said. Novacap closed its third fund on $400 million in 2008.

Novacap, which closed its sixth tech-focused fund earlier this year on $1.86 billion, invests in tech and tech-enabled companies in North America. It’s led by president and CEO Pascal Tremblay, and chairman Jacques Foisy, who leads the firm’s industrials team. The firm was formed in 1981 by Marc Beauchamp.

Novacap also has been running a single asset process on its portfolio company Syntax Systems, which provides software, infrastructure and cloud services for business. The firm wants to move Syntax Systems out of two older funds, Novacap TMT IV and Novacap TMT V, and into a continuation fund.

The firm invested in Syntax in 2016 and grew the company through add-ons, including its acquisition in April of Linke, a systems applications and products technology consulting business in April.

Firms have moved to focus on their high-growth assets for longer holds, to make sure they are capturing the growth they see ahead for these companies. This is a change from prior years when GP-led secondaries deals often focused on more challenged assets and funds.

Secondary volume in the first half was estimated at around $50 billion, according to Campbell Lutyen’s half-year volume report. GP-led deals, like what Novacap is considering, accounted for around 55 percent of total volume, the report said.