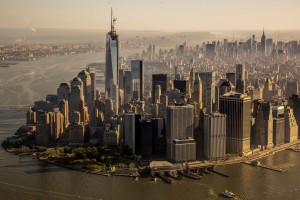 Doñé joined the Bureau of Asset Management in 2012 from the U.S. Department of Commerce’s Minority Business Development Agency. At the agency, Doñé helped minority-owned businesses secure nearly $11 billion in contracts and capital, sister website peHUB reported. Doñé was appointed to that role by President Barack Obama.

Doñé started his career as an investment banker at Merrill Lynch and also worked in KPMG’s corporate finance unit. He also worked at Clearlake Capital Group, according to a statement from the Comptroller’s office, where he was a consultant and retail industry special advisor from 2007 to 2009.

In May, New York City Comptroller Scott M. Stringer tapped Scott Evans as chief investment officer of the pension system at an annual salary of $224,000. Evans was a 27-year veteran of the Teachers Insurance and Annuity Association of America-College Retirement Equities Fund.