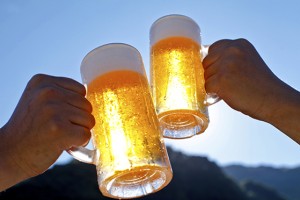 The city’s five pension boards, which make up the New York City Retirement System, have approved granting pay increases to investment unit leaders, as well as the retirement system’s Chief Investment Officer Scott Evans, who was hired last year at a salary of $224,000.

Those investment unit leaders include private equity chief Alex Doñé, who was promoted to the head of private equity role last year. Doñé is currently making a salary of $160,000 a year with no incentive bonus.

The exact amounts of the salary increases have not yet been determined, according to Eric Sumberg, a spokesman for the city Comptroller’s office. The raises should be set in the next few months, he said. “I don’t have numbers I can share at this time,” Sumberg said in an email to Buyouts.

However, the New York Post, citing documents, said in a June article that the seven investment unit leaders would get pay increases ranging from $157,000 to $265,000. Evans would see his salary increase to as much as $350,000, the Post reported.

The Bureau of Asset Management manages investments for the retirement system, which is under the control of city Comptroller Scott Stringer.

However, for retirement systems like that of New York City, which has around $150 billion in assets, offering competitive pay is essential to keeping talented individuals in place. This is especially true for private equity because of the long-lived nature of the funds. It’s better for a stable team to run a portfolio of private equity funds over a number of years than have new officials in every two years.

New York City has experienced heavy turnover in private equity in the past few years. Doñé took on his role last year, replacing former private equity chief Barry Miller, who left in 2013 to join Landmark Partners. Other private equity officials who have left include Rafique DeCastro, who joined in 2011; Elizabeth Caldas, who left to join the United Nation’s employee pension, and James Del Gaudio, who left earlier this year.

The system hired Eneasz Kadziela to replace Del Gaudio earlier this year and brought on three other individuals to work on private equity. Sumberg declined to name the other three people.