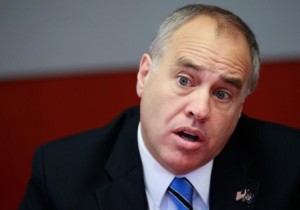 The separate account allocated $10 million each to NFX Capital Fund, a seed and early-stage fund, and Tene Growth IV, which invests in mature Israeli companies. The commitments closed in late 2017.

New York State committed up to $400 million to its separate account with Hamilton Lane in November, positioning the $201.3 billion pension to be a major player in the Israeli venture capital market in the coming years.

Israeli VC funds invested $814 million last year, the industry’s most active year since 2013, according to IVC Research Center. Domestic technology companies appear to be attracting significant attention from international investors as well, having raised more than $5.2 billion across roughly 620 deals.

NYS Common divided its $400 million commitment into two $200 million tranches, each to be allocated evenly across VC funds and co-investments.

“We understand the relative small size of the market in Israel,” New York spokesman Matthew Sweeney said in an email. “For this reason, we split the $400 [million] commitment into two tranches of $200 [million] each. The second tranche will only be activated upon the full investment/commitment of the first tranche.”

Sweeney did not respond to a follow-up email requesting additional information about the investment thesis behind New York’s separate account with Hamilton Lane.

New York State Common Retirement Fund is managed by State Comptroller Thomas DiNapoli, who is the sole trustee of the state’s retirement system.