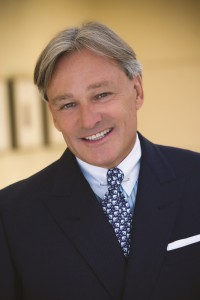 Assets under management: More than $8 billion

But as Oak Hill Capital Partners III, its 2007 vintage buyout fund of $3.8 billion, begins to harvest its portfolio, the Menlo Park, California, firm finds itself having to prove itself all over again.

Thus, despite the storied history of Oak Hill Capital, the firm may face some skepticism from investors as it contemplates a return to the market for Fund IV.

J. Taylor Crandall, a managing partner of Oak Hill Capital, dismissed any such skepticism, arguing that the fund has only just begun to deliver results for its investors. While the firm has done 15 deals for the Fund III portfolio, it has exited only three, and while the fund is now 74 percent drawn, it still has $600 million available for additional deals.

“We’re still very early in the J-curve” on Fund III, where capital has been called from investors but profits have not been returned, Crandall said. “We think it will be the best-performing fund we’ve had.”

Crandall argued that Fund III is actually a more youthful fund than its seven-year vintage would suggest, because the firm tried to sit out the economic downturn of 2007 to 2009. “We are students of macro,” Crandall said. “We have a view, you can’t fight the macro tides. We spend a lot of time trying to understand what’s going on in the macro world and adjusting our investment strategies accordingly.”

Indeed, as the CalPERS data reflect, Fund III has returned only $6.6 million of the $218.9 million that the pension has paid in through capital calls. The return calculations are based on the imputed value of the portfolio holdings, which can be an elusive number to pin down when assets are not actively traded in the market.

Launched in 1986 out of the family office that managed the fortune of Texas oil tycoon Robert Bass, Oak Hill Capital has attracted a number of prominent limited partners to commit to its funds. Along with CalPERS, known LP investors include the Employees’ Retirement System of the State of Hawaii, the Montana State Board of Investments, the City and County of San Francisco Employees Retirement System and the New Jersey Division Of Investment, according to the Thomson One private equity database.

In a move that will surely help to keep those investors in the fold, Oak Hill Capital has begun harvesting some of its Fund III investments. Last July, for instance, the firm scored a 3.5x return on its exit of a company called Local TV Holdings LLC, a group of 19 stations that it sold to the Chicago media company Tribune Co for $2.73 billion.

The firm bought nine network-affiliated TV stations in 2007 from New York Times Co for $575 million, and eight Fox network-affiliated stations in 2008 from 21st Century Fox for about $1.1 billion. These values include debt used to finance the purchases as well as the equity that the firm put into the deals, and the Local TV holding straddled Fund II as well as Fund III, as sister news service Reuters reported at the time. One of them stands to make 3.7x its investors’ money on the deal, and the other stands to make 3.4x, the source said. Oak Hill Partners would not comment on its returns on individual investments.

Crandall did allow that the timing of the deals made the path to a return more complex.

“Buying any assets before a downturn like we had in ‘08—if I had my druthers, we would have done that after, not before. But the thesis that we invested behind trumped the economic cycle that we were exposed to.”

Oak Hill Capital bought into the TV stations with a belief that retransmission rights—the payments to local broadcasters from the cable companies that pick up their signals—would become more valuable over time, a view that has been vindicated as stations won increasingly lucrative agreements with cable operators.

The firm also found itself the beneficiary of the Citizens United decision of 2010, in which the Supreme Court ruled that the federal government could not limit the spending of independent political groups on election races. The Fox-affiliated stations in particular, owned by an arm of Rupert Murdoch’s News Corp, turned out to be concentrated in swing states that attracted the attention of independent partisan organizations.

“We enjoyed more than our share of political spending,” Crandall said. But by delivering a $1.2 billion profit to investors in the third fund, that single deal will have a material impact on returns and provide a cushion for future investments.

The second realization from Fund III was the exit of Security Networks LLC, the 14th largest residential alarm monitoring company in the United States, which it sold last August for $500 million to Monitronics International Inc, a strategic buyer affiliated with John Malone’s Liberty Media conglomerate.

Oak Hill Capital executives say they have another half dozen exits they are studying. One that has leaked to the public involves the oft-rumored exit of casual dining chain Dave & Buster’s, which Reuters reported in December could be valued at more than $1 billion for a sale or public offering.

The firm bought the Dallas-based interactive entertainment and restaurant chain for $570 million in June 2010 from Wellspring Capital Management, which had taken the restaurant and arcade chain private in 2006. Oak Hill Capital went on to take a dividend from the company less than nine months later as part of a $100 million refinancing, as sister website peHUB reported at the time. IPO plans were rumored in 2011 and again in 2012, but the firm backed off from the plans each time.

During its ownership, Oak Hill Capital has boosted Dave & Buster’s EBITDA to $135 million last year from $82 million at the time of the deal, with an eye toward $150 million for the year ahead. While the firm has not confirmed officially that it is considering its alternatives for the chain, Tyler J. Wolfram, a managing partner at Oak Hill Capital, acknowledged, “it seems like an opportunistic time to realize that value creation.”

The firm also has high hopes for Intermedia.net, a cloud services company that it acquired in 2011. The company, the largest provider of hosted Microsoft Exchange email services for small and midsize businesses, completed two acquisitions in 2013—one for a hosted Internet telephone technology for its customer base, the other a single-sign-on service that allows access to multiple applications through one log-in. It also has developed tools to ease the transition of customers to its platform. Oak Hill Capital has been testing the waters for the company, seeking a premium valuation, or may consider a public offering in the fall.

The firm has only one portfolio company about which executives acknowledge concern—AccentCare Inc of Irvine, California, a provider of home healthcare services that the firm acquired in December 2010. The firm combined that company with an existing holding, the homecare and hospice service Guardian Home Care Holdings. Crandall acknowledged, “Quite frankly, we whiffed with the integration.”

Both companies, representing the professionalization of a segment that had historically been dominated by mom-and-pop providers, were set up to take costs out of the healthcare system. But the firm stumbled in combining the information technology and human resources management systems of the two businesses. Oak Hill has since restructured the company’s debt, written down its investment and installed a new CEO and CFO to turn it around, Crandall said.

(Correction: The original version of this story has been revised to remove an anonymous quote.)