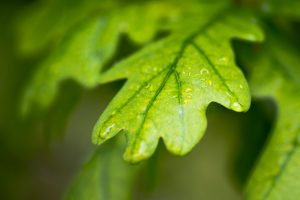 Executives at Oaktree Capital Group, asked to look out on the direct-lending landscape, raised no red flags but said some players have been getting bolder in recent years.

“From what I see and from what I hear, I don’t see any particular degree of aggressiveness or certainly recklessness in the loans being made by non-bank lenders versus bank lenders,” Oaktree Chief Executive Jay Wintrob said on the firm’s quarterly conference call Oct. 28.

His comment came after Patrick Davitt, analyst at Autonomous Research, queried them about the possibility of “reckless lending” cited in press coverage of the shadow banking sector.

Such a view appears simplistic because of the many types of debt in the direct-lending market such as senior secured, first lien, secured second lien, unitranche and others, he said.

“It’s very, very hard to assess the media versus the reality for two reasons,” Wintrob said. “One, we just don’t have insight into virtually any of our competitors and specifically what they are doing. And secondly, the categorization of direct lending or shadow banking or risky lending into one big bucket as one homogeneous thing really is not accurate. …  Some of it obviously by its own design has greater risks than others.”

The firm’s been making private loans for “many, many years,” and during that time, “I don’t think our standards or philosophy about risk versus reward has changed all that much,” Wintrob said.

Bruce Karsh, Oaktree’s chief investment officer, said the firm’s direct lending business isn’t reckless in “any way, shape or form,” but Oaktree has seen more aggressive loans being made as the economic cycle from the last recession moves along.

“I wouldn’t characterize them necessarily as reckless at this stage but certainly much more aggressive than two years, three years, five years ago,” he said. “Certainly in the aggregate, there are pieces, pockets of loans that are made that we scratch our heads and say, ‘Wow, that’s very aggressive.’ But it’s not on a level that I would say is worrisome in terms of the overall non-bank lending market.”

On the fundraising front, Oaktree said its closed-end funds raised $1.2 billion during Q3, mostly for a new value-added strategy in its real estate unit. It also held a first close for Oaktree Infrastructure Fund I. The firm said it expected Oaktree Real Estate Opportunities Fund VII to reach about $3 billion in committed capital by year’s end. That’s 11 percent ahead of the $2.7 billion raised by Fund VI.

The firm also named Steven Gilbert, founder of Soros Capital and Gilbert Global Equity Partners, to the board as of Oct 24. Board member Steve Kaplan is retiring.

Oaktree said its third-quarter economic result swung to income of $263.6 million from a loss of $88.6 million in the year-ago period.

Correction: This story has been updated to correct a statement from Bruce Karsh, Oaktree’s chief investment officer. He referred to Oaktree’s direct lending business as not being reckless. He was not referencing the overall direct lending business in the market. The firm’s closed-end funds raised $1.2 billion in the quarter. The term “closed end” was missing earlier. Oaktree expects to raise about $3 billion for its seventh real estate opportunities fund, not $3 billion specifically.