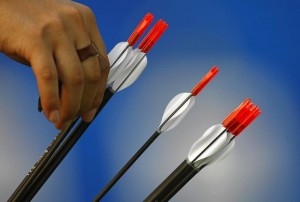 The firm said its flagship Oaktree Opportunities Fund X will be poised for a potential turn in the credit cycle down the road.

“We believe investors’ search for yield, together with an excess of liquidity and risk tolerance, has diminished lending standards and laid the kindling for the next distress cycle,” Oaktree Vice Chairman John Frank said on a third-quarter conference call with Wall Street analysts. “We don’t know what will trigger the next cycle or when it will occur, but we do believe it is coming and we’re determined to be ready.”

The a/b fund structure will allow Oaktree to better match its capital to current opportunities. The firm has deployed the same structure in past funds, most most notably in 2008 and 2009, Frank said.

Other funds in works

In a new fund line for Oaktree, the firm plans to launch its first Oaktree Infrastructure Fund with Highstar Capital, a group it acquired over the summer. As part of the deal with Highstar, Oaktree became the manager of Highstar Capital IV, which has $2.3 billion in assets under management.

“It is unprecedented for us to have so many closed-end funds in the market simultaneously, but we anticipate a good response to our offerings and thus significant additions to AUM over the next 12 to 18 months,” Frank said.

Excluding the Highstar acquisition, Oaktree raised $4.1 billion of capital in the third quarter, reflecting “strong” inflows across its open-end funds.

Oaktree Mezzanine Fund IV held its first close in the third quarter with $299 million in capital commitments. In October, the firm priced a $511 million collateralized loan obligation, which is expected to close later this year.

In another development for the firm, Oaktree named Jay Wintrob as its first chief executive officer, effective Nov 1. Wintrob, 57, was formerly head of the life insurance and retirement division at insurance giant AIG, which he joined in 1999. “It’s time for us to turn to a world-class financial services executive to take our business to the next level,” Marks said in a prepared statement about Wintrob.

Bruce Karsh, president and a co-founder of Oaktree, joined Howard Marks in the role of co-chairman. Karsh continues as Oaktree’s chief investment officer and as portfolio manager for the firm’s distressed opportunities and value opportunities strategies. Frank, Oaktree’s managing principal since 2006, was named vice chairman.