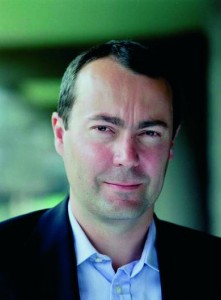 , the specialist investor in early stage businesses valued at between £2m and £10m, has appointed Paul Humphries as investment director and Alliott Cole as an investment manager.

Humphries co-founded business consultancy Opta in 1999 and was acquired by SAIC Inc, the NYSE listed scientific, research and engineering company.

In total, he has 25 years working in both blue chip organisations and young, growing businesses. Since 2005, he has been an adviser to and active investor in a number of early stage companies, providing guidance on business, marketing and sales strategy and operational support, in addition to the funding required for future growth.

Octopus Ventures sister company has appointed Mark Fowler as investment manager. He will be based in Octopus’ Leeds office along with Richard Taylor, where he will focus on investment opportunities in the North of England.

Fowler joins from KPMG, where he spent eight years in lead advisory corporate finance, completing 13 transactions in the lower mid-market space. Before joining KPMG, he was an executive at Casson Beckham, a newly created corporate finance advisory practice, working on a number of fund raising assignments and a private equity MBO.