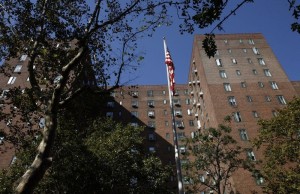 The move underscores the growing success emerging managers are having raising money for alternative investment strategies that don’t fall neatly into the private equity or venture capital categories but that nevertheless compete for the same dollars. Another young firm in the market, New York-based BroadRiver Asset Management, seeks $400 million (with a cap of $600 million) to execute investments in the area of “longevity risk,” typically involving the purchase of whole life insurance policies and related assets in the so-called “life settlement” market.

Based in New York, Emet Capital has so far secured an estimated $75 million of the $150 million targeted for Emet Capital Fund I LP, according to a source familiar with the effort. The first $25 million or so came largely from a handful of family offices. Samson Capital Advisors, a manager of U.S. fixed income, is a joint-venture partner in the fund, according to our source.

In raising its first institutional fund Emet Capital is touting a three-deal track record built in the years since its founding as a fundless sponsor in 2011, according to our source. Two of the three deals have been realized, each generating about a 2x multiple on invested capital, our source said.

The strategy involves acquiring the debt of distressed real estate properties that have been or could be financed with tax-exempt municipal revenue bonds; taking control of the properties; improving the performance of the properties and exiting via a refinancing or sale of the debt securities or property itself. Properties financed via municipal bonds can include everything from student housing to senior care centers to casinos to minor league baseball parks.

The managing principal and co-founder of Emet Capital is Paul Siegel, previously a senior vice president at Fundamental Advisors LP, a distressed-real estate specialist where he worked on sourcing, executing and managing deals. Fundamental Advisors is itself out in the market with its third fund, which as of February had secured $162 million toward a $1 billion target, according to a Form D filing.

Meantime, BroadRiver Asset Management, founded in 2009, has rounded up commitments of a little more than $200 million for BroadRiver II LP, with an assist from placement agent Denning & Co. That tally includes a large slug from a Fortune 50 corporate pension fund that also bankrolled much of the first fund, a $200 million pool closed in 2011. The unlevered strategy involves buying packages of life insurance policies whose original owners decided to cash out, and taking responsibility for the remaining premium payments. The firm applies complex mathematics and research to the problem of predicting life expectancies, enabling it to price assets to deliver an anticipated net return to investors in the mid-teens.

“With a sufficiently large number of carefully selected assets, BroadRiver believes that longevity risk should be extremely predictable, generate reliable cash realizations, and exhibit very low volatility when held to maturity,” the firm states in the brochure attached to its Form ADV filed with the SEC. Co-CEOs Andrew Plevin and Philip Siller helped pioneer the investment strategy in the early 2000s, eventually investing a nine-figure sum in the life settlement market for Goldman Sachs & Co from 2006 to 2009 before heading out on their own.

Siller said in an interview that the firm’s debut longevity-risk fund has achieved “low double-digit returns” while returning more than half of invested capital to date. He pointed to several other firms that have had success in this market, including private equity shops Blackstone Group, Kohlberg & Co, Reservoir Capital Group and TPG Capital.

Another fund managed by the firm, BroadRiver TRF I LP, is an estimated $35 million pool earmarked for tax receivables sold by cities and other municipalities to raise cash for operations. Tax receivables are often secured by senior liens on real estate, making them relatively secure investments, and they also tend to have low rates of default. Siller said the strategy can produce annual returns of 4 to 5 percent net to investors, unlevered. This winter the firm plans to offer a levered tax-receivables fund that promises to boost returns by 3 to 4 percentage points.

Like many private equity firms BroadRiver, which had $303 million in regulated assets under management as of year-end, charges a carried interest of 20 percent on its longevity-risk fund and an annual management fee of up to 2 percent of committed capital. The minimum commitment is typically $10 million. Siller suggested limited partners would be well-served to compare investment opportunities like longevity risk with private equity.

“Our risk reward, and our absolute return experience, is much better than the average private equity return has been over the last 10 years,” he said.