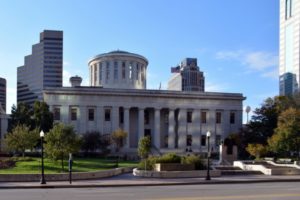 Ohio Police & Fire Pension Fund is about halfway through its planned 2021 deployment for private markets, the system said in a recent press release.

The $17.4 billion system had planned to deploy between $80 million and $120 million to private markets this year, with a target of $100 million.

After its most recent batch of commitments, the fund has now committed $40 million with an additional $20 million set aside for co-investments, for a total of $60 million. It was unclear how much of the co-investment capital had actually been committed.

The fund’s most recent private equity commitments were both to firms that invest in technology, a market sector that has seen positive tailwinds during the coronavirus pandemic.

The fund has committed $15 million to Veritas Capital‘s Vantage Fund. That fund closed at its $1.8 billion hard-cap earlier this month, as Buyouts reported.

The Vantage fund will invest in the mid-market technology sector alongside Veritas’ seventh flagship fund and will focus on investments requiring less capital than that fund, the firm said in a press release. Ohio P&F also committed $20 million to Fund VII in 2019, as Buyouts reported.

Ohio P&F also committed $25 million to the latest flagship from TA Associates‘ fourteenth flagship fund. This fund is targeting $11 billion, according to the Wall Street Journal.

This is the fourth TA Associates fund into which the pension has invested. In addition to technology, the firm invests in business services, consumer, financial services and healthcare.

As of the end of April, Ohio P&F’s private markets portfolio was valued at $1.74 billion. The fund was slightly overweight in the asset class, taking up 10 percent of the portfolio against an 8 percent target.