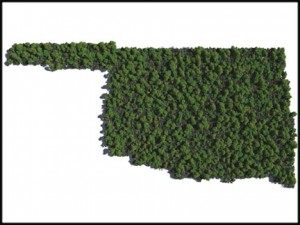 The $1.8 billion retirement system largely quit the asset class in the wake of the financial crisis, making only a single commitment each in 2009 and 2010. Steven K. Snyder, the executive director and chief investment officer of the Oklahoma City-based agency, told Buyouts in 2010 that it had run out of capacity to make new commitments. At a 13 percent actual asset allocation to private equity at the time, the retirement system was a third above its 10 percent target.

Beginning in 2011, however, Oklahoma Police began a return to the asset class, making three commitments that year and four in 2012, according to new data from the pension current through March 31. Each of those seven pledges totaled $7.5 million, not as big as some of its commitments during the peak days of the buyout boom in the middle of the last decade, but largely consistent with the agency’s historical pattern. As of June 30, 2012, the most recent fiscal year information available, private equity represented 13.2 percent of the retirement system’s total portfolio, an increase from 12.1 percent a year earlier.

Oklahoma Police, which has been investing in private equity since at least 1998, has said an acceptable range for its allocation to the asset class is 5 percent to 15 percent. Snyder could not be reached to comment for this article, but the reasons for the agency’s return to the asset class could come down to a simple observation: Private equity has produced returns that have exceeded the pension fund’s total return, net of fees, in seven of the past 10 years.

Private equity returns also have been more consistent than those of other asset classes, although the returns have declined over the past decade. Perhaps most important, its private equity portfolio avoided the kinds of plunges that have periodically afflicted other categories. For instance, in fiscal year 2012, when the fund’s overall return was less than one-half of one percent, dragged down by a loss of nearly 12 percent in public U.S. equities, private equity provided a 7.18 percent return, exceeded only by international equity and alternative investments. (Oklahoma does not define alternatives in its report, but the category appears to include hedge funds as well as the private equity categories of buyouts, distressed debt, mezzanine and venture capital).

Oklahoma Police has taken a relatively aggressive approach to private equity, with upwards of 50 commitments since 1998. For purposes of fund performance, we limited our review to funds of 2008 vintage and older, because funds early in their life are drawing down investor commitments rather than paying them back, leading to negative returns in the so-called “J-curve effect.” Based on its published results, as of March 31, 2013, Oklahoma’s top-quartile returns are above 1.61x its contributed capital, with the median at 1.38x and the bottom quartile at 1.15x, according to Buyouts analysis.

Top performers came from a variety of private equity categories. A 2005 vintage venture capital fund, Firstmark IV (Pequot), has so far earned an investment multiple of 2.89x on the agency’s contributed capital, and a 2001 mezzanine vehicle, TCW Crescent Mezzanine Partners III, was the only other fund to double the investor’s money, with a 2.09x return. A pair of buyout funds from Arsenal Capital Partners brought in returns above 1.8x.

The weakest performers were a pair of venture funds, the 2000 vintage Firstmark Venture Partners II (Pequot), which returned 0.32x of the agency’s contributed capital, and the 1999 vintage Weiss, Peck & Greer V LLC, with a 0.73x investment multiple. A spokeswoman for Robeco Investment Management, which has since acquired Weiss, Peck & Greer, declined comment. Firstmark Venture Partners did not respond by deadline to a request for comment.

The challenge for Oklahoma Police may be the outlook for red-state politics. Gov. Mary Fallin has been campaigning to do away with the state’s traditional defined benefit plans in favor of a defined contributions plan, according to the state capital’s newspaper, The Oklahoman. The governor vetoed a bill earlier this year that would have given state workers the ability to opt out of traditional pensions, arguing that the voluntary plan did not go far enough to address the fiscal condition of the state’s pensions. The retirement system has said that as of July 1, 2012, its plan was 90 percent funded.