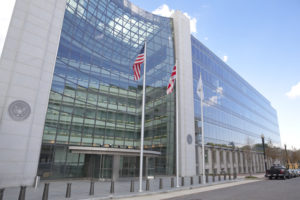 Old Ironsides Energy misled Fund II investors about legacy track record by including a fund investment as a direct investment in legacy performance calculations, which had the effect of boosting returns, SEC said in a settlement document.

SEC censured the firm, which agreed to pay $1 million to settle the case, according to an SEC filing. Old Ironsides closed Fund II on about $1.3 billion in 2015. As of March 31, 2019, Fund II had deployed about $982 million, the filing said.

Old Ironsides did not admit or deny wrongdoing. “We welcome the opportunity to put this matter behind us and look forward to focusing all of our efforts on generating returns for our investors,” Andrea Haney, Old Ironsides chief compliance officer, said in an emailed statement.

Instead, the legacy investment in question was in a private fund advised by a third party, SEC said. Old Ironsides principals had made the investment when they managed a portfolio of oil and gas investments for a previous employer, SEC said.

Fund II “marketing materials’ omission was significant for several reasons, including that the returns on the private fund investment improved the performance for legacy portfolio [direct drilling investments],” the SEC settlement documents said.