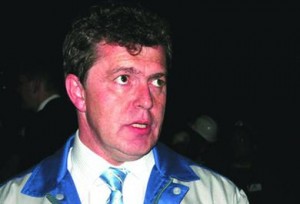 Russian financier Vladimir Iorikh, who ranks 451st on Forbes billionaire list with US$1.7bn in assets, has set up a US$900m private equity fund called Pala Investment Holdings. The fund was set up with the proceeds from the sale of the majority of his stake in coal and steel group OAO Mechel to Igor Zyuzin, according to Russian newspaper Vedomosti. Zyuzin also ranks number 451 on Forbes rich list with a fortune worth US$1.7bn.

Pala Investment Holdings is a Jersey-based fund which employs private equity, hedge fund and venture capital tactics. It is thought that it is the first fund of its kind in the mining sector. Within its hedge fund strategy, the fund will seek shorting opportunities in falling markets as well as taking long public and private positions, according to a Pala spokesperson. The fund may even peruse new energy technology as a venture investor.

Pala Investment Holdings will be run by two managing directors, which are based in Zug, Switzerland and London, UK. The first is Jan Castro, who formerly worked for Iorikh as senior vice president of investments and corporate affairs at Mechel. The second is Joseph Belan, a former executive director of investment banking at Goldman Sachs in London, where he served as the head of metals and mining.

When EVCJ contacted the group’s Zug office, we were informed that both Belan and Castro were in Toronto, Canada.

Cash-rich, copper producer Aur Resources confirmed to Canadian newspaper National Post that it had been approached by financial groups interested in acquiring the Canadian miner in a private equity deal. The National Post also mentioned Pala in the story. It is unclear whether or not Pala is the group that approached Aur but there are several Canadian mining companies such as Aur, Inmet Mining Corp, and HudBay Minerals that are likely candidates for takeovers by private equity groups according to Canaccord Adams, a Canadian investment banks which focuses on the metals and mining sector. These three Canadian miners are generating huge amounts of cash due to strong metals prices but this is traditionally a sector that has been avoided by private equity funds due to volatility. Canaccord says that a private equity buyer would be likely to limit the amount of production committed to hedging contracts by up to two thirds of production and rely on the spot market to cover contracts in case of an accident.