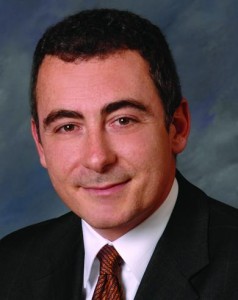 , the European affiliate of HIG Capital, has appointed Olivier Boyadjian as managing director of its Paris office. Prior to joining HIG Boyadjian was head of the investment team at CDC Capital Investissement, which currently manages a €700m fund.

HIG Europe closed a €600m dedicated European fund in 2007 and currently has offices in London, Hamburg and Paris. With more than 35 investment professionals based in Europe, it focuses on small and mid-sized companies with a value up to €200m and invests in everything from growth and development capital, to buyouts and distressed and turnaround special situations. HIG’s investment team in France currently consists of eight professionals, and most recently completed the acquisition of , a €120m revenue high-end cosmetic display manufacturer, in 2007.

Gleacher Shacklock announced that Piers de Montfort is to join the firm as a partner from Credit Suisse, where he was chairman of UK investment banking. Before joining CSFB in 2004, Piers had a significant role at Morgan Stanley. chief executive Tim Shacklock said: “Piers has built an outstanding record for the extensive work he has done in M&A and corporate advice. His experience and range of relationships will further enhance our own capabilities.”

Lars Humble has left the London office of Morgan Stanley, where he worked on syndicate with an emphasis on emerging markets, having previously occupied a similar position in New York. He is joining in a similar position, working with Martin Weber on SSA syndicate and Oliver Sedgwick in the FIG group.

Linklaters has recruited Italian M&A partner Francesco Stella to join the firm’s corporate practice in Milan on March 1. Stella joins from Giliberti Pappalettera Triscornia e Associati, where he has been a partner since 2002, focusing on the acquisition and sale of public and private companies, asset acquisitions, disposals and joint ventures. In addition, he has been increasingly involved in real estate transactions, an area of growing importance in the Italian market. He will work alongside corporate partners Giovanni Pedersoli and Luca Picone, who joined Linklaters last year, further strengthening the firm’s mainstream corporate practice in Italy.

The Carlyle Group has promoted 30 professionals to senior positions – eight to managing director and 22 to principal/director. The individuals work in ’s offices around the globe conducting buyout, venture and growth capital, real estate and leveraged finance transactions, as well as accounting, administration and investor-relations activities.