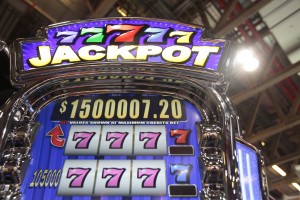 The deal ranks as the largest price tag for any Olympus exit in its 27 years as a private equity firm, according to the source. The sale is expected to close in the third quarter.

Olympus paid more than $360 million for Waddington from its vintage 2007 Olympus Growth Fund V LP, which raised $1.5 billion in commitments. It bought the company from Seven Mile Capital Partners.

Waddington grew under Olympus’ ownership. The Covington, Kentucky-based company bought ParkPak Ltd in 2013 for a reported price of $300 million, as well as other tuck-in deals.

Reuters initially reported in March that Waddington was exploring a sale. The company generated EBITDA of more than $140 million, according to Reuters.

Waddington CEO Mike Evans said in a prepared statement that Olympus supported its expansion into new markets and new geographies through aggressive growth capital and strategic and targeted acquisitions.

“With Olympus’ support, we have been able to grow the business close to 300 percent over the past three years and we are well positioned to continue our strong growth and momentum,” he said.

Miami-based Jarden Corp, which owns Coleman, Ball, Crock-Pot, Mr Coffee and many other brands, said the deal will add about 5 percent to its adjusted earnings in 2016. Shares of Jarden Corp rose 4 percent on the day the transaction was announced on July 13.

A spokeswoman for Jarden Corp declined to comment on the return by Olympus.