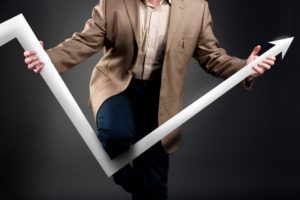 OMERS Private Equity, which underperformed in last year’s virus-roiled market, returned to double-digit territory in the first half of 2021, thanks in part to a high-profile exit.

OMERS, which oversees net assets of C$114 billion ($91 billion), generated a net return of 15.8 percent on its PE investments for the six months ending on June 30, according to a recently issued update. The five-year average annualized return in the period was 9 percent.

Both first-half returns improve considerably on last year’s results. OMERS’ PE investments earned a one-year negative net return of 8.4 percent in 2020, against a benchmark of 9 percent. Because of this, portfolio assets fell by C$900 million year over year to C$14.8 billion.

OMERS attributed 2020’s negative return, its worst performance since the financial crisis, to the adverse influence of covid-19. In particular, consumer-facing portfolio companies, such as European cinema operator Vue Entertainment, were hit hard by the lockdown.

The turnaround in the first half appears to put OMERS Private Equity back on course. In the decade prior to 2020, net performance of the direct buyout platform averaged 14 percent to 18 percent, Buyouts previously reported.

In the six-month update, OMERS explained the stronger return as being fueled by “the continued recovery of the businesses in our buyout portfolio” and “the ongoing success of our ventures and growth equity strategies.” It also cited a gain from its agreement to sell Environmental Resources Management to KKR.

OMERS and Alberta Investment Management Corp acquired a majority stake in ERM, a UK sustainability consultancy, in 2015 from Charterhouse Capital Partners, valuing it at $1.7 billion. The stake’s sale to KKR, announced in May, valued the business at $2.85 billion, Reuters reported.

The actual return expected from ERM’s sale is not known. OMERS declined to comment.

OMERS could be on the verge of another lucrative PE exit. It is preparing to sell US skin treatment company Forefront Dermatology, sources told PE Hub in June. Though still early, a process should produce a high-teens multiple of EBITDA, the report said.

OMERS, an institutional pioneer of direct PE investing, appears to be ramping up activity in the post-pandemic recovery. Since January, it has made three platform investments, among them Gastro Health, a US gastroenterology business acquired from Audax Private Equity.

Last month, a former senior executive filed a lawsuit against OMERS Private Equity, claiming termination “without just cause.” The suit exposes the thorny issues an institution may face when compensating employees for direct investing, Buyouts reported.

OMERS has not yet filed a statement of defence.