General Atlantic promoted Aaron Goldman and Paul Stamas to co-head its investments in financial services. Goldman and Stamas had been managing directors. Goldman joined GA in 2006 and will be based in London. Stamas, with the firm since 2010, will work out of New York. They succeed Jon Korngold, who joined Blackstone Group to launch a growth-investing unit.

Onex Corp promoted Jonathan Mueller to managing director. He’s responsible for the Canadian firm’s activity in Europe’s automation, aerospace and transportation industries. He also supports origination efforts in the German-speaking region. Before joining Onex in 2011, Mueller was an associate at Boston Consulting Group.

Star Mountain Capital: John Robertshaw joined as a senior adviser. Robertshaw is a co-founder and chairman of iCapital Network. He is a former vice chairman of Credit Suisse Securities (USA).

Noble Investment Group: Emily Feeney joined the firm as manager of capital markets and investments. She was previously with Hodges Ward Elliott. 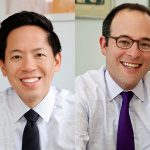 Ares Management: David Roth joined as a partner in the Ares Real Estate Group and head of U.S. real estate PE. Most recently, Roth was a senior managing director at Blackstone.

CIP Capital promoted Kevin Formica to vice president and hired Michael Grady as a principal for its senior investment team. Formica joined the middle-market PE firm in 2014. Grady most recently was a senior vice president in the direct PE group at Partners Group.