TA Associates promoted 10 staff members from its Boston, Menlo Park, Hong Kong and Mumbai offices. Among them was Dhiraj Poddar, to managing director from director. He heads the Indian operations of TA Associates Advisory Pvt Ltd in Mumbai, focusing on investments in companies in India. 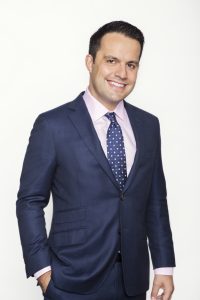 Health Enterprise Partners: Ezra Mehlman was promoted to managing partner. He joined the firm full time in 2012 after interning for two years.

BlueMountain Capital Management promoted Dava Ritchea and Jim Pieri to partner. Ritchea joined the firm in 2013 while Pieri came on board in 2012.

Bain Capital: Andrew Hack is joining as a managing director, the Boston Business Journal reported. Hack, a physician, had been CFO of Editas Medicine, a genome editing company.

Seyfarth Shaw hired Mark Albert for the law firm’s corporate department in Chicago. Albert most recently was general counsel of Magic Leap, a tech company building a computing platform. Albert previously was a corporate partner at Perkins Coie and a founding member of its Palo Alto office.

Macquarie Capital: Oliver Bradley rejoined the firm as a managing director focused on digital infrastructure. Most recently, Bradley was corporate finance director at CityFibre Infrastructure Holdings. He worked for Macquarie from 2005 to 2015.

Canadian Venture Capital and Private Equity Association named Kim Furlong CEO. Furlong joins CVCA from Amgen Canada, where for more than a decade she was director of federal government affairs. Furlong succeeds Mike Woollatt, who served as CEO from 2014 to 2018. Founded in 1974, the Toronto group is the professional association for Canada’s VC and PE industry.

Latham & Watkins: The law firm named David Beller and Alexander Johnson partners in the corporate department of the law firm’s New York office and members of the M&A and PE practices. Beller previously was with Paul Weiss in New York while Johnson was with Hogan Lovells.

Sidley Austin: John H. Butler joined the law firm as a partner and a member of its global M&A and private equity practice. Butler previously worked at Davis Polk & Wardwell. 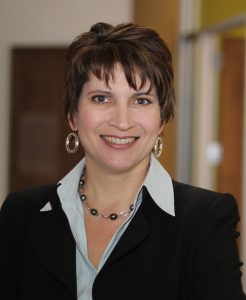 Advisors Capital Management, a registered investment adviser, promoted JoAnne Feeney to partner. Feeney joined the firm in 2015 as a portfolio manager and a member of the firm’s investment committee.