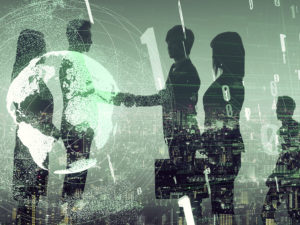 Drew Brees, quarterback for the New Orleans Saints as well as a multi-unit operator of Jimmy John’s and Walk On’s Bistreaux & Bar locations and a partner of Title Boxing Club, joined the growth equity firm Franworth as a partner and a member of its board.

Grant Avenue Capital LLC hired Alex Ferree and Eric Kim as senior associates, and Sari Ring as chief of staff. Ferree was previously an associate at Audax Private Equity, Kim was an associate at Morgan Stanley Capital Partners and Ring worked for two nonprofits: the Alzheimer’s Association and Best Buddies.

Victress Capital named Madeline Keulen as a vice president. Keulen joined the firm in January 2018 as an M.B.A. associate.

Next Coast Ventures added three to its Entrepreneurs Council: Brian Sharples, who previously co-founded and served as chairman and CEO of HomeAway Inc; Cotter Cunningham, who founded and served as CEO of RetailMeNot Inc; Julian Castelli, who is chief financial officer of Voxpopme.

Grain Management LLC hired Merche del Valle as chief talent officer. She previously worked at Goldman Sachs where she was global head of coaching and advisory based out of the Asia Pacific region.

CoolSys, a refrigeration and HVAC services company, has named Ed Dunlap as its new chief financial officer. CoolSys is backed by Ares Management.

The Hilb Group, a portfolio company of Abry Partners, hired Ellen Bohn Gitlitz and acquired her book of business.

MeriCal, backed by Linden Capital Partners, named Mark Walsh as CEO and a member of the board of directors. MeriCal is a producer of high-quality probiotics and other nutritional supplement products.

Mercatus named Jeff Conway to its board of directors. Conway is a former executive at State Street Corporation.

Sidley Austin LLP named Derek Zaba as a partner in its global M&A and private equity group. Zaba will also serve as co-leader of the shareholder activism practice. He previously worked at PJT Camberview Partners.