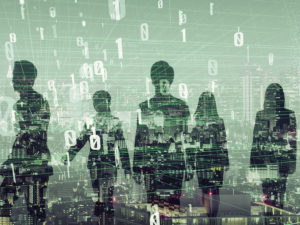 4Front Ventures Corp appointed Kathi Lentzsch and Betty Aldworth to its board of directors. Lentzsch is CEO and president of Bartell Drugs while Aldworth is the executive director for Students for Sensible Drug Policy.

H.I.G. Capital hired Ed Pallesen to lead its infrastructure team in the U.S. He was previously a managing director at Goldman Sachs.

Gridiron Capital promoted Chris King and Doug Rosenstein to principal. Both joined the firm in 2015 as senior associates and were promoted to vice president in 2016.

Oak HC/FT named Leah Scanlan as partner, talent. Scanlan was previously with Khosla Ventures where she worked on talent development as an operating partner.

Turnspire Capital Partners promoted Abel Osorio to partner. He joined the firm in 2016.

Spine & Sport Physical Therapy appointed Adam Elberg as chairman of the board. The provider of physical therapy and rehabilitation services is backed by Great Point Partners.

Evercore named Len Rosen as senior managing director and CEO of the firm’s new business in Israel. Rosen was previously the CEO of Barclays Israel.

Rockefeller Capital Management named Shelly Lazarus and Marty Mannion to its board of directors. Lazarus is the former CEO of Ogilvy & Mather; Mannion is an ex-managing director at Summit Partners.