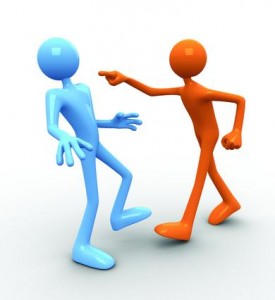 At the latest Superinvestor conference in Paris you could have cut the tension between LPs and GPs with a knife. Panel discussions called attention to the issue and revealed that LPs are none too pleased with the way private equity managers have been communicating or not communicating as the case may be.

But there is another side. GPs have also suffered the effects of the stagnant exit market, the non-existent debt and the constant anxiety of limited partners and have some choice words to say about their behaviour. Having met with European GPs and LPs, here is what they had to say about their uncertain future together.

How would you characterise GP/LP relations over the past year?

GP: Jon Moulton, founder of Better Capital The previous year’s abuses have come home. LPs are in two different buckets these days. There are the angry and irritated, those concerned about poor performance, and GPs cutting the size of the fund but not cutting their fees, and there is an increasing minority of GPs in that mood.

The bulk of LPs are unhappy and inactive. They moan about their situation but they don’t do anything about it. If anyone asks them to do anything they say they’d prefer not to as it will rock the boat. Given the legal structures they are in, often rocking the boat is a complete waste of time.

GP: Annette Wilson, investor relations director at Palamon Relationships are constrained because LPs have had a great ride up until the downturn, but over the past year high risk/high return has been non-existent because the funding just isn’t there. Portfolios are highly leveraged so there are a lot of difficult situations arising.

LP: Tim Creed, executive director at Adveq Relations between GPs and LPs are not that strained. If you take a long-term look at the relationship, there are ups and downs. In a 10-year relationship there will be ups and downs. We recently conducted a review about relationships and there really weren’t that many at the top.

It was noted on more than one occasion at the Superinvestor conference in Paris that relations between GPs and LPs have been strained over the past year – sort of like a troubled marriage. Do you agree with that view?

Moulton You could compare the LP/GP relationship to a troubled marriage but the difference is you can get out of a troubled marriage. LPs are in a very uncomfortable position because they are suffering. What do you do when you have invested half your money in a fund that has already lost everything you have given it so far? You are still committed to give it the other half. And as an average, investors need 75% of the investors to agree to make changes or do anything about it. Of course they are unhappy and are suffering.

LP: Nick Ashmore, head of private equity for the Irish National Pensions Reserve Fund It’s all about how you deal with underperformance. We have been cushioned over the past year in that we have a reasonably good portfolio that is quite young. We’ve not had the catalysts to cause significant strain. We haven’t really been making new investments over the past year.

Of our relationships, we are on half of the advisory boards, which means we have good communications with them. The more we hear from the press and not our GPs the worse it is. The relationship between GPs and LPs is just one part of the investment process. For some GPs they may have done everything right but they may not get the re-ups.

Being at the right side of the cycle is a great advantage in this year. Permira having to cut their fund size means they will have to come to market soon.

If you don’t go into private equity with a long-term view then you are heading for problems when the cycle turns. Look at the problems in the European market. It is like walking through a minefield trying not to step on one: Candover, 3i, Permira. GPs were using leverage above the portfolio level and it has cost them very dearly. That was a classic error but everyone did it. The only ones who didn’t do it were Canadian Onex.

Creed A lot of people go on about this family situation I don’t think that’s accurate. Look at married couples – 50% of them split. I think if that were the case in private equity, we’d be screwed. The problem is matching new LPs and GPs together that don’t know what to do. Inexperienced LPs and GPs together do not make for a good match.

Can you think of any examples of GPs that have been particularly good at communicating with investors?

Creed IK Investment Partners have put investor relations at the core of their business [Mads Ryum Larsen, head of the firm’s investor relations was named as a member of the mid-market firm’s executive committee]. There are not that many private equity firms that have promoted an IR person to such a high level. I wouldn’t push many firms to do that but they have done it and done it well. It allows the investing team to do the investing and means they don’t have to spend too much time fund raising.

Ashmore Charterhouse is very good at communicating. Charterhouse keeps things simple. It has one office that provides unlimited access to the team. If LPs aren’t communicating their own situation with GPs it will also cause problems.

GPs are going to be held accountable for their performance. If they have upset LPs, like Permira did to SVG then it will preclude any future of ever doing business again.

Do you think investors have done anything that has strained the relationship?

Creed There are LPs who want GPs to make drawdowns because it will create secondaries and there are those that don’t want them to make drawdowns. Our opinion is GPs should be allowed to make their own choice.

LPs have to recognise the market. We’re in a market where not many companies are being sold. There are not many distributions. LPs should not try to control how quickly GPs deploy capital.

Wilson LPs that have had the biggest liquidity crisis are the ones that are over leveraged but they are trading through it. The ones that are over allocated have gone into secondaries to balance their portfolios. Those that have been really caught out are high net worth individuals. They really didn’t know what they were getting into.

What do you think the relationship will be like in 2010?

Ashmore Fund raising will continue to be very difficult in 2010 and fund raising will make the GP/LP relationship more difficult. The whole issue of access, getting access to the best fund has gone away and as a result LPs are taking their time making investment decisions.

Creed Once returns come back, everyone will be happy. Returns make people happy. But you can have a good period when they’re not exiting as well because you know it’s not their fault.

Moulton I can’t see why relationships would improve. There are still a lot of problems in the industry. I met with an investor recently who has invested in a lot of private equity companies and he’s very unhappy. We’re talking about companies who have piles of money that still hasn’t been invested and managers that aren’t really trying very hard.

On average I think things will remain ropey for some time. There is still a lot of bad news to come. At some stage the interest rates will rise and some of the over leveraged firms will hit the ground. In many cases they are in the wrong place and the legal restrictions don’t allow the investors to do very much about them. It is a weakness of the entire system that LPs are not able to do much when things go wrong.

But the truth is nothing beats success. If 25% rates of returns were being delivered across the industry most of the investors wouldn’t mind being called something quite crude by their GPs. They’ll take anything. But it is hard to imagine success in the short term for anything but a handful of lucky private equity firms.

The only thing GPs can do is be honest and take their write-offs early rather than pretending they don’t exist. Get rid of inept staff and hire more suitable people who can handle a difficult portfolio. What they should do is something very noble, which is cut the fees and put the firm into liquidation, which takes serious bravery to do.