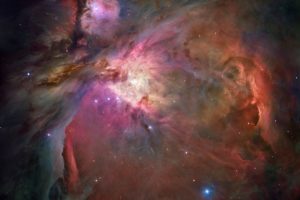 One Equity completed a type of transaction this week that often gets more scrutiny from the limited partner community.

The firm closed a cross-fund deal with platform Orion Innovation, held in the firm’s seventh fund, which acquired Zodiac Systems out of One Equity’s sixth fund. Fund VI will retain a stake in Orion.

Orion is a technology services company that works with Fortune 1000 companies to develop digital offerings and improve efficiencies and customer experience.

Orion is growing through acquisitions, completing five transactions in the last 15 months, One Equity said in a statement this week. Earlier this year, the company added-on Tekmark Global Solutions, expanding Orion’s US-based delivery team and its telecom engineering expertise.

With Zodiac, Orion gains video specialization software and intellectual property, which is a focus of the company’s growth plan.

The cross-fund deal required the approval of LPs in both funds. As well, One Equity brought in third-party expertise to provide an independent valuation of the business.

The concern with cross-fund deals is that the new fund is seeking a low price for the acquisition, while the older fund wants to sell for as high a price as possible. As well, LPs want to understand the GP’s motivation for wanting to sell now and immediately buy the asset rather than go through an intermediated M&A process, sources told Buyouts.

“The best-case scenario is that the valuation can be validated by a third-party investor in the deal, the GP doesn’t take a dime off the table, and they roll everything, while also giving their existing investors the right to roll or to sell,” an LP with experience working through cross-fund deals said. “If the proposal is anything less than that, then the GP has some explaining to do.”

Possibility of abuse increases without an independent valuation, according to a second LP who has seen cross-fund deals. “It gets more complicated setting valuation (even if some bank provides a fairness opinion),” the second LP said.

In this case, One Equity brought in third-party valuation expertise to opine on the value of the deal, according to Chip Schorr, senior managing director at One Equity.

“We took this very seriously. The independent directors of Zodiac led the negotiations from that side. We brought in third-party valuation experts to opine on value and we discussed with both LP advisory boards frequently and presented the final deal to both bodies for their approval,” Schorr said.

More cross-fund deals are happening as GPs seek more time with certain assets, sources have told Buyouts in prior interviews. Merging Orion and Zodiac was “always on the strategic roadmap” and was not a result of the pandemic downturn, Schorr said.

“It was just a question of the two companies’ timing aligning – they both had some strategic things that they were doing that needed to get done to facilitate this being able to happen,” he said.

Zodiac “has unique IP and position in the media and entertainment market. It filled out a vertical in Orion’s offering and we believe, as did our LPs (for both funds), that being part of Orion offered the best long-term solution,” Schorr said.