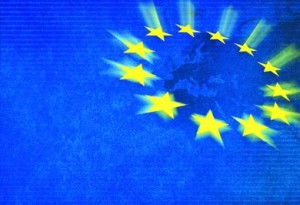 In December, the member states of the EU approved the European Commission’s Small Business Act (SBA), the EC’s plan to unburden Small and Medium Sized Enterprises (SMEs) from the mountain of red-tape which currently afflicts them.

Key to the SBA was the introduction of a new corporate vehicle, known as the European Private Company or Societas Privata Europaea (SPE). The proposal has yet to be ratified but is expected to receive the green-light from the European Parliament in the spring, with SPEs being rolled out in 2010.

One of the reasons behind the creation of the vehicle is to encourage Europe’s SMEs to take part in the single market. Currently, only 8% of SMEs engage in cross-border trade and just 5% have subsidiaries or joint ventures abroad – considering that such companies make up 99% of businesses in the EU, this is a massive shortfall.

There is an additional reason, which is to distinguish between large companies and SMEs. Under current regulation and legislation small to medium-sized outfits are subject to a similar level of bureaucracy as large organisations. Larger companies will still be able to enjoy the SPE however – so long as they aren’t publicly listed – and could prove attractive to cross-border groups, allowing them to simplify their structure and duplicate it for all of their EU subsidiaries.

The overarching goal of the introduction of the SPE is to make life easier for companies to operate outside of their home nation. SPE’s will have the same management structure no matter where they are located in the EU, enabling such businesses to reduce the costs associated with setting up different companies in numerous states.

The use of the SPE is open both new and existing companies. The SPE will also have no restrictions in the method of formation – it can be established by one or more founders, individuals or companies, and will require a capital requirement on formation of just €1. The marks a change from the traditional approach to company formation, where usually a high minimum capital is asked for as a means of creditor protection. The EC is arguing that in reality creditors are more concerned with a company’s assets and its cash flow than it’s paid in capital.

Current cross-border regulations demand that companies have shareholders from different EU member states or show evidence of cross-border activity. Under the proposed SPE Statute, this requirement is abolished. This will make it far easier for European SME’s to engage in activities outside home borders, and will be able to tap into the single-market from its inception.

The SPE Statute would take legal primacy in the running of an SPE over national company law. Such regulations will include all the basics such as formation, company shares, capital requirement and organisation. National law, as well as existing EU legislation, only comes into play when there are issues relating to labour and tax laws, accounting, insolvency and contractual rights and obligations of its shareholders (other than those dealt with in the company’s articles of association), as well as employee rights.

Part of the rationale behind the idea of the SPE was to avoid trying to harmonise all the differing and, in many cases, out-dated legislation governing SME’s in the member states. By offering up a uniform model, the Commission has saved itself a lot of unnecessary hard work.

Back to the future

Considering the idea of a European company was first floated 30 years ago and then revived in 2000, if we do see an SPE just two years after the EC unveiled its proposal, it will be a major breakthrough. Private equity will no doubt wait until others embark on the enterprise before adopting the form for any of its portfolio companies, but the benefits, particularly in regards to cross-border activity are clear to see.

In a note on the subject, UK aw firm SJ Berwin called the proposal “innovative, and blends the better part of national, cultural and legal norms to create a flexible structure which is likely to be most attractive to businesses operating in countries with relatively less developed company laws of their own, or those whose corporate law is outdated and inflexible.”

One concern is the flexibility of the SPE. This will require member states to undertake a review and probably a reform of their existing regulations to allow such a flexible structure to exist. This should not be an insurmountable obstacle, and noises emanating from those close to the legislative process are positive.