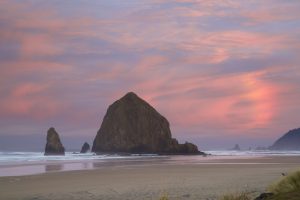 One Rock Capital Partners is targeting $1.5 billion for its third fund, according to documents posted by Texas Municipal Retirement System. This target continues the firm’s ambitious growth curve over its first decade, even as it fundraises in the depths of the coronavirus market dislocation.

Fund III will take control stakes in “complex, middle-market businesses within sub-sectors of the ‘old economy,’” according to the Texas Municipal documents. It will make investments between $50 million and $200 million and look to “improve the operations and strategically reposition their business units.” The fund was launched in January, according to Buyouts data. It filed a Form D March 19, but did not indicate it had closed on any capital.

The firm’s previous vehicle, One Rock Capital Partners II, closed on $964 million in 2017, well over its $700 million target. According to LACERA documents, the fund’s performance as of June 30, 2019 was a -5.9 percent net return and a 0.95x multiple. The 2017 vintage fund is still in its J-curve, though, and returns are likely to improve as investments mature.

One Rock was founded in 2010 by Tony Lee and Scott Spielvogel, both former managing directors at Ripplewood Holdings. The firm was founded in partnership with the Mitsubishi Corporation, whose “cross-industry network and expertise” the firm uses in its investing.

Its debut fund closed in 2014 on $432 million against a $300 million target, as Buyouts reported. Performance data for that fund was not available.

According to its website, One Rock makes control-stake equity investments in middle market companies in North America. It has a special focus on “complex situations like corporate carve-outs, misunderstood companies, management transitions, and under-optimized companies.” Its choice industries include chemicals and process industries, specialty manufacturing and healthcare products, food manufacturing and distribution, business and environmental services and auto retail.

In 2016, Spielvogel told a conference audience the firm was focusing on corporate carve-outs amid the high-priced environment at the time, as Buyouts reported.

“We focus on the out-of-favor industries, the more complicated deals at lower prices,” he told the audience at a PartnerConnect event in Chicago. “It’s been a battle. We really have to pick our spots.”

One Rock did not respond to a request for comment for this story.