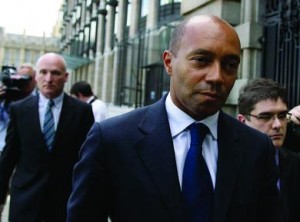 This time last year complaints about private equity from trade unions, the media and some politicians were at their height. The negative PR had been triggered by buyout houses’ growing dominance in the economy and accusations of harassment and anti-labour practices at private equity-owned companies like the AA and NCP.

Buyout firms were also accused of being too secretive, of using excessive leverage to asset-strip businesses and of paying too little tax. As a result, MPs on the Treasury Select Committee launched an inquiry and required bosses of the top buyout houses to appear before them and be questioned about their tax status and business practices.

Among the consequences of the controversy was the Walker report, commissioned by the BVCA, which called for more disclosure and transparency. There were also significant changes at the BVCA, with its chief executive Peter Linthwaite stepping down and a new team put in place. Since last year a number of leading buyout houses have published annual reports describing their strategy and portfolio companies. The report by Terra Firma went further than the Walker recommendations and included details of its portfolio companies’ management teams.

Peter Taylor, chief executive at Duke Street Capital, says: “I think a lot of the reason for the Treasury committee inquiry was that private equity was acquiring these large companies but nobody really knew who the people were behind these acquisitions, so it was partly about the politicians meeting them face to face.”

He says that the financial markets effectively did the committee’s job for it when it came to concerns about leverage, as the credit crunch has made mega deal structures, such as that used for Boots, virtually impossible. “The big question is what will happen when there are high-profile bankruptcies,” says Taylor: “I think at that point the controversy about private equity’s use of high leverage will re-ignite.”

But the Government’s decision to increase capital gains tax from 10% to 18% has probably put to bed the concerns about buyout executives paying very low levels of tax, says Taylor. He also welcomes the changes at the BVCA, which he says now acts more quickly to get private equity’s case across to government and in the media.

Simon Walker, who replaced Linthwaite as BVCA chief executive, believes there has been “steady progress” since last June but that more still needs to be done. “Twenty-six GPs and an increasing number of portfolio companies have now said they will comply with Walker and we have a committee that is monitoring compliance.”

He suggests that some of the union hostility to private equity has dissipated: “We have meetings with the unions regularly and, while we don’t always agree with each other, we do talk. I think the general image of private equity is improving.”

The BVCA has increased its subscriptions from members dramatically and is now better resourced. “We’re professionalising the organisation and have developed an excellent senior team,” says Walker.

But not everyone in the industry welcomes changes such as the Walker guidelines. Jon Moulton, founder of Alchemy, says that a “small industry” has developed on the back of Walker, helping firms produce reports that hardly anyone reads. “It’s a bit like CSR – most people, except a few train-spotters, never read it,” he says.

Moulton argues that it is not the annual reports being produced by buyout houses that has taken the heat off private equity, but rather the credit crunch and the decline of the mega deal. “It was the mega deal houses that were stirring up problems and attracting all the headlines and currently nobody is buying big companies employing tens of thousands of people in the UK. But the controversy could return if we see a large LBO failure in the coming months.”

For Peter Taylor, however, there has been a genuine change in culture among private equity houses. “Firms realise they need to be more upfront about what they’re doing,” he says, adding that Duke Street recognises the need to liaise more with the media and has taken on its first marketing and communications executive.

However, there is still a fair way to go before sections of the media and political class really understand private equity, believes Simon Walker. “I never forget that to get a message across effectively you have to shout it over and over again.” He adds: “It’s about getting through to people what we’re about and I hope that one day people will recognise that private equity is in the interests of the many not the few and that the ultimate beneficiaries are millions of pensioners in the UK and other countries.”