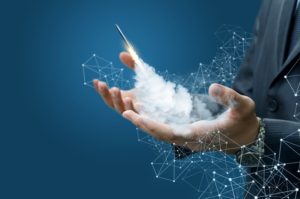 GPI Capital, led by former executives with Ontario Teachers’ Pension Plan, is back in the market with a second growth and structured equity fund.

GPI closed a debut fund in 2017, securing $722 million. Paired with a co-investment sidecar backed by institutions, Fund I is expected to deploy as much as $1 billion by the end of its term, managing partners Khai Ha and Alex Migon told Buyouts.

GPI was founded in 2016 by Ha, Migon and William Royan, all ex-members of Ontario Teachers’ high-conviction equities, a non-control investor in private and public companies. Led by Royan, they oversaw a multi-billion-dollar portfolio and deals like Ontario Teachers’ 2013 investment in Hudson’s Bay Company’s $2.9 billion purchase of Saks.

Ha, Migon and Royan departed Ontario Teachers’ in 2015 to form their own PE business. The goal, Ha said, was “to build a brand around the strategy” developed at the pension system and “to take things to a new level.”

Originally, the idea was to set up a $1 billion fund sponsored by BTG Pactual, a Brazilian bank and one-time portfolio investment of Ontario Teachers’. When political pressures on BTG impeded the plan, the trio moved on to establish GPI.

GPI makes non-control growth and structured equity investments in North American businesses in technology, consumer and industrial sectors. It targets companies with revenue of $100 million-plus and values of up to $5 billion, providing them with customized financing options that span the capital structure.

Ha and Migon refer to the strategy as “growth equity with downside protection.”

The firm writes checks of $50 million to $300 million per investment, including co-investment. Co-investment is an essential part of the approach, Migon said, “allowing GPI to do larger deals and LPs to get closer to the strategy.”

A key aspect of the strategy is sourcing growth-oriented opportunities with a tech-enabled theme, such as consumer finance, e-commerce and marketplaces. These are typically found in businesses “at a certain point in their trajectory,” Ha said. “They want to accelerate.”

Though a minority investor, GPI actively engages with management to help drive financial and operational improvements. This mostly happens through board representation and advisory agreements.

Fund I has made nine platform investments since 2017. Five have been fully or partially exited, some in headline-grabbing M&A deals.

They include PostMates, a food-delivery service provider that was heading for an initial public offering when GPI two years ago led its $225 million financing. In December, PostMates was acquired by Uber Technologies in an all-stock deal valued at $2.65 billion.

In addition, SoFi, an online personal finance platform, was backed by GPI in 2017 in a $500 million investment made alongside Silver Lake. SoFi last month merged with Chamath Palihapitiya’s blank-check vehicle, giving it a Nasdaq listing and $2.4 billion in proceeds.

Investments like PostMates and SoFi helped shine a light on GPI. Through them, Migon said, “we punched above our weight.”

Covid-19’s digital acceleration helped validate GPI’s strategy, Ha said. In a post-pandemic market, he expects to find “a large opportunity set” among owner-operators who “don’t want to sell the house,” preferring a minority partner. Another trend juicing deal flow is the growing number of companies looking “to stay private longer.”