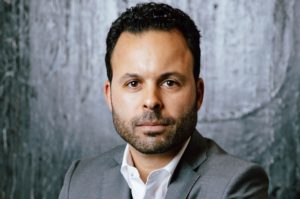 OpenGate Capital, which last year raised $585 million for its second fund, is unfazed by increasing signs of market uncertainty, thanks to a strategy adapted for good times and bad.

“Our strategy doesn’t change between an up-market and a down-market,” Andrew Nikou, founder and CEO of OpenGate, told Buyouts. “Whatever the environment, our focus is on being quick, understanding dynamics and being able to execute operationally.”

Nikou, a former business development professional with Platinum Equity, launched OpenGate in 2005 with $30,000 of his own money. The goal was to build a PE firm that could acquire lower mid-market companies in select sectors in North America and Europe and help them tap into global opportunities.

Nikou got started not by raising a fund but by leading a series of bootstrapped deals. The earliest transactions were done at the height the financial crisis, “the best university anyone could ever go through,” he said, setting a pattern of operationally focused turnarounds for which OpenGate is best known.

They include the 2008 acquisition of TV Guide magazine from Rovi for $1. In a challenging market for print media, OpenGate “exercised every operational tool possible,” Nikou said, to restore the iconic brand to profitability within three years. It was sold in 2015 to NTVB Media.

OpenGate went on to buy other under-performing assets, primarily through corporate carve-outs. In 2009, it acquired Gabriel Ride Control, a maker of automotive shock absorbers and struts, from Meritor. After 39 months, the company was put back on its feet and sold to MAT Holdings.

OpenGate bootstrapped nearly 20 deals before raising an inaugural fund in 2016. Fund I secured $305 million, Nikou said, thanks to investments like Gabriel and TV Guide.

In its first eight years, OpenGate realized an aggregate investment return of 7x, a source told Buyouts. The firm declined to comment.

OpenGate continues to specialize in turnarounds and other complex situations where it can improve operational value. For such transactions, it targets companies in industrials and consumer and business services sectors with revenue of up to $1 billion.

OpenGate, however, is “not just about turnarounds,” Nikou said, “it is also a growth investor.” The firm’s team is on the lookout for deal flow of both types, he said, with many growth-oriented investments involving lower mid-market technology businesses.

OpenGate pursues tech opportunities in verticals like application software, fintech, healthcare IT, infrastructure software and tech-enabled services. Companies with revenue of $10 million to $150 million, many of them founder-led, enter the portfolio through acquisitions, carve-outs, growth equity investments and recaps.

With an opportunity set that has both “a cost focus and a growth focus,” Nikou said, OpenGate can “construct a good balance” between investments and avoid concentration, the key to weathering slowdowns.

The fund has already made six investments, including CoreMedia, a web content management and digital experience platform. In November, OpenGate acquired the business from Deutsche Telekom Capital Partners and a consortium of investors.

CoreMedia highlights the cross-border nature of the strategy, Nikou said. As part of OpenGate’s operational initiatives, he said, it will help the European company “break into the North American market.”

In the event of a downturn, Nikou sees the potential for opportunities like those which launched OpenGate. They include more carve-outs, as corporations facing a financial squeeze divest units that are no longer performing or no longer in line with core goals, often at fire sale prices.

OpenGate will look to get ahead of trends by sourcing deal flow directly, Nikou said, utilizing its networks in the corporate community. “We don’t wait for intermediaries,” he said.