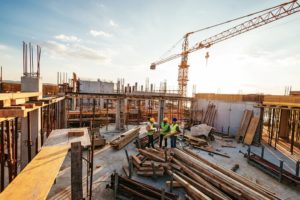 The Opportunity Zones program saw a remarkable uptick in investment as 2019 closed out, and fund managers appear to believe the program is finally showing legs.

New data from accounting firm Novogradac showed the total amount invested in OZ funds it tracks rose to $6.7 billion from $4.46 billion just a month before, an almost 50 percent increase. At the same time, the number of funds registered with Novogradac rose from 366 to 502.

“We expected a lot of activity. I would say it far outstripped our expectations,” said Nick Parrish, a managing director at Cresset where he oversees their opportunity zones program.

“I think there was a tremendous amount of built-up capital that was waiting on the sidelines,” said Craig Bernstein, principal at OPZ Bernstein.

Cresset saw a burst of fundraising for its opportunity zone fund at the end of 2019, raising about $100 million in the final six weeks of the year and finishing with about $450 million raised on its first OZ fund. OPZ Bernstein closed on a $45 million transaction in Charlottesville, Virginia.

Parrish told Buyouts that strong fundraising has so far continued into 2020. Cresset plans to raise more capital as needed for projects in their pipeline, then close Fund I at around $475 million. (This is in keeping with the firm’s previous goals, as Buyouts has reported.) Cresset then plans to immediately launch Fund II sometime this year.

Up and down year

The Opportunity Zones program was created as part of the 2017 Tax Cuts & Jobs Act. It provides a series of tax breaks to investors who roll their capital gains into a qualified opportunity zones fund, to go toward development in one of 8,700 designated census tracts.

Stronger fundraising came after an up-and-down first year for the OZ program, which saw some investor hesitation. Many funds struggled to raise as much as they had hoped, as Buyouts reported. As the deadline approached, many were wondering if the program was going to live up to the hype, as sister title PERE reported.

Sources ascribed the fundraising momentum to the Dec. 31 deadline for one of the key tax benefits of the OZ program, a 15 percent tax break on capital gains held in an QOF for seven years. With that part of the program set to sunset at the end of 2026, that was the final opportunity. Dec. 31 was also a deadline for investors who created their own QOFs to hold their gains to find somewhere to invest them.

As well, the Treasury Department released a third and final tranche of regulations.

Bernstein said he thought the additional rules made a big difference.

“Since the regulations were released at the end of December we have seen an uptick of activity from investors that were previously concerned about any lingering uncertainty surrounding the rules and regulations governing the program,” he said.

While OZs may be showing legs for now, the program does face some political headwinds in 2020, as Buyouts has reported. Parrish said reasonable regulations would not meet with strong resistance from the industry, especially a bill that would build reporting requirements into the program.

“I think a lot of the industry has been expecting something like that and would frankly support it and adhere to it,” he said.