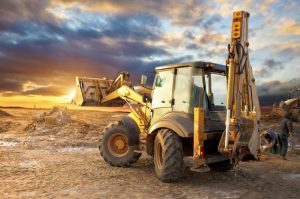 While the market slowed down in March as the pandemic first began to take hold, the program appears to be back on track, said Nick Parrish, a managing director at Cresset.

“I think you’re seeing people cautiously step back into the market,” he said. “I think there is a new normal. There’s a sense of, at least for the foreseeable future, that the world’s going to look different, but the world’s going to go on. So people are trying to make heads or tails of that.”

Cresset closed its first opportunity zone fund at $460 million and launched its second fund in the first week of March. Fund II is different than its predecessor in some key ways. While Fund I had regular closes, Fund II will not have a close until July 1. Fund II also has a much slower timeline than Fund I, with no plans for a final close before December 31, 2021.

So far, Fund II has raised about $20 million, Parrish said. In a counter-intuitive twist, the market dislocation has actually led to some new investors, he said.

“You saw a lot of selling, dare I say, panic selling, in the February and March run-up to this crisis,” Parrish said. “You’ve got people who generated gains they weren’t planning on generating, and now they’ve got some time but they’re going to be faced with a considerable capital gain.”

With time, investors have become more comfortable with the opportunity zone program.

“The validity of the thesis hasn’t changed,” Parrish said, leading to “renewed interest” in the program.

Meanwhile, despite the economic turmoil, projects from Fund I are going forward.

At the end of April, accounting firm Novogradac, which tracks opportunity zone funds, said total fundraising for the program had surpassed $10 billion. That was up 50 percent from the $6.7 billion raised as of January, as Buyouts reported. The number of qualified opportunity zone, or QOZ, funds the firm tracks also increased to 621 from 502 in January.

Novogradac noted that OZ fundraising was likely much higher than its numbers, as they are based on voluntary disclosures and public information such as press releases.

“We saw opportunity zones totally go away, go from being the topic du jour to not discussed at all, and then in the last month we’ve seen them come back,” said Mark Bell, head of family office services and private markets at wealth manager Balentine. “Opportunity zones are alive and probably well.”

“There is a fair amount of momentum that we’ve been seeing over the last 60 days,” said David Coelho, chief investment officer of the OZ program at Bridge Investment Group, which raised two separate OZ funds last year, as Buyouts reported.

Coelho said Bridge planned to add four or five more projects this year, in addition to what it already had going and will likely deploy as much as it did last year.

Overall, though, fundraising is likely to bunch up near the end of this year, when investors start thinking about tax deadlines. A recent set of rules released by the Trump Administration extended some deadlines until then due to the pandemic, according to the National Law Review.

“My guess is that momentum subsides over the near term, and then probably comes back in a very strong way at the end of the year once investors have processed their taxes and once they go up against the deadlines,” Coelho said.

The OZ program was launched as part of the 2017 Tax Cuts and Jobs Act. Its goal is to direct investment into economically struggling communities through a series of tax breaks. It has drawn controversy over how much it actually helps communities and whether OZ investments can stand on their own, as Buyouts has reported. While the program appeared to struggle early on, fundraising rebounded at the end of 2019.

On Wednesday, the Urban Institute released a major study questioning how much the OZ program actually helped local communities and suggesting changes to the program.