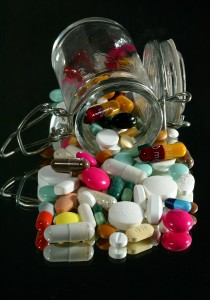 OrbiMed Advisors is targeting $950 million for its latest private equity and venture capital fund on the back of a remarkably strong recent track record, according to a regulatory filing and public pension documents.

OrbiMed’s two previous private investment funds are top performers for the California State Teachers’ Retirement System. Fund V, a $735 million 2013 vintage fund, netted an internal rate of return of 72.93 percent as of March 31, according to pension documents. The firm’s 2010 vintage fund netted a 49.43 percent IRR as of the same date.

OrbiMed Private Investments VI will likely have a strategy similar to its previous private equity and venture capital funds. Fund V acquired stakes in biopharmaceutical, medical device and diagnostics companies in North America and Europe, typically investing between $10 million and $50 million per deal, according to a 2013 press release.

In addition to its private equity and venture capital strategy, OrbiMed also manages a hedge fund and a family of royalty opportunities funds, which acquire royalty streams from approved or patent-protected healthcare products. The firm closed its second royalty and credit opportunities fund on $924 million in February.

The firm did not respond to a request for comment.