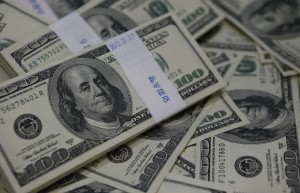 “It’s likely we will slow the pace a bit” from January and February levels to account for the $2.4 billion target, Oregon spokesman Michael Cox said in an email.

Oregon would have no problem reaching $2.4 billion at the pace it set through early 2015. A draft of the minutes to the investment council’s Feb. 4 investment meeting indicated Oregon committed up to $700 million across five private equity funds in January (see chart). At the investment council’s March 4 meeting, CIO John Skjervem announced three new commitments that could total as much as $350 million, Cox said, bringing the total to a little more than $1 billion so far this year.

Cox said staff has not finalized all of the January and February commitments, which could change Oregon’s allocations to certain funds. Last year, staff walked away from approved commitments to Littlejohn Fund V and Sofinnova Venture Partners IX after failing to reach an agreement on terms.

Cox declined to specify which commitments could change.

In February, Oregon released a private equity investment plan that called for $3.1 billion of private equity commitments in 2015. The $68.6 billion retirement system subsequently rolled a $700 million commitment it made to TPG Capital in 2014 into its 2015 allocation, leaving $2.4 billion for the year.

In a February email to Buyouts, Skjervem said a tightening of fund terms and conditions could lead Oregon to undershoot its target.

“If anything, we may do less as valuations are high and terms and conditions tight,” he said. “$2.4 (billion) is our base-case projection, but the most likely ‘miss’ would be less not more.”

The Oregon Investment Council manages the investment assets of the Oregon Public Employees’ Retirement Fund. The fund has a 21.5 percent allocation to private equity, slightly above its 20 percent target.

At its March 4 meeting, the investment council also considered an asset allocation mix that would reduce its 20-percent target by 2.5 percentage points. The council did not take action and will maintain its current allocation model, Cox said.