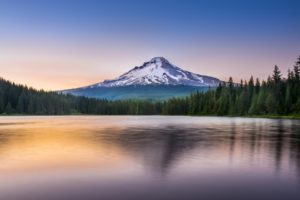 Despite being a bit overweight to private equity, Oregon State Treasury staff wants to maintain a steady commitment pace for its largest retirement fund and balance the portfolio through a burgeoning secondaries and co-investment program.

The private equity implementation plan for the Oregon Public Employees Retirement Fund is based on three core principles: focusing its primary funds investment program, fee mitigation through increased co-investments, and smoother pacing, according to a presentation from the state investment council’s January 28 meeting.

As of December 31, the program took up 23.5 percent of OPERF’s portfolio against a 17.5 percent target and 21.5 percent policy limit. The portfolio was valued at $19.2 billion.

OPERF’s PE portfolio is facing some apparent longer-term performance issues, but staff said they are confident they can be fixed through a secondaries and co-investment program started up in the last couple of years.

“I believe that pacing is the story of our five and 10-year returns,” director of private markets Michael Langdon told council.

The fund accelerated its commitment pace going into the 2008 global financial crisis and slowed it down after. Some vintage years before the crisis have not performed as well, while the years following 2008 have performed better. This has left some underperforming older assets.

“We have been challenged with this drag on the portfolio for a number of years now,” said Tom Martin, head of private markets and real assets with consultant Aksia.

One of the strategies to fix this issue is the secondaries market. In 2019, Oregon hired Pathway Capital Management to run a secondaries program to unload older holdings and put half the proceeds into a co-investment vehicle it is running for the fund, as Buyouts reported.

Pathway’s “monitoring and liquidity” program includes 79 partnerships valued at $2.6 billion as of June 30, 2020. Last year, it shopped a roughly $1.5 billion portfolio, as Buyouts reported. Pathway said there was strong interest.

“Not only was there an appetite, but there was an extremely competitive dynamic,” Pathway’s Pete Veravanich said.

Pathway and Oregon staff said having Pathway run the co-investment program gave the pension the ability to take advantage of opportunities faster than it ordinarily would, thereby not missing out on opportunities.