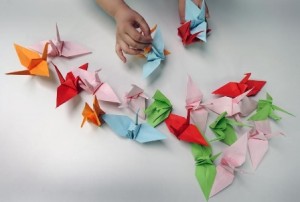 Origami invests in illiquid residential interests in hedge funds, real estate and private equity fund interests and restructurings, hard-to-sell assets owned by funds, non-performing loans and other investments with no easy exit strategy, according to the firm’s website.

Origami last year teamed up with HarbourVest Partners on HarbourVest Origami Structured Solutions LP, which purchased some illiquid positions in Endowment Fund. A consortium of investors, including HarbourVest and Origami, made a $650 million indirect purchase of a portfolio of private equity and hedge fund interests. The transaction involved a a complex acquisition of 40 percent of the outstanding limited partnership interests in The Endowment PMF Master Fund, according to a statement from Debevoise & Plimpton.

The Origami Opportunities Fund III SEC filing shows a date of first sale of March 16 and lists a minimum investment of $10 million and participation from 14 investors.

Elden is listed as founder and managing partner of Origami. He helped found Lakeview Capital Management in 1999 and was a founding member of Lakeview Opportunity Fund, a fund of activist funds, according to the firm’s website.

Eden did not respond to an email from Buyouts.

In early 2013, Origami disclosed $27.4 million in commitments and a target of $1 billion for Origami Secondary Fund II LP, with a date of first sale of Dec. 15, 2011, and a minimum investment of $10 million. Ounavarra Capital LLC was listed as a placement agent.