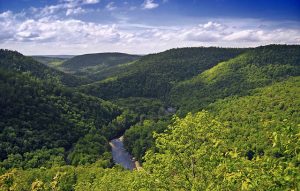 The board approved a $300 million commitment to Platinum Equity Capital Partners V, targeting $8 billion. The global PE fund focuses on underperforming and undermanaged businesses in North America. Its fourth fund closed at $6.5 billion in 2017.

Both groups raised similar concerns at the August meeting, Press Secretary Steve Esack told Active LPs. “PA PSERS’s board of trustees certainly listened and considered the input from the advocacy groups, but on balance believed that the new Platinum fund is a good investment,” said Esack. “Our board felt that our advisory seat would give us the ability to influence the direction of Platinum and the companies that could become part of the new fund.”

Worth Rises did not respond to Active LPs request for comment. Private Equity Stakeholder Project was unable to be reached for comment.

PA PSERS approved $1 billion in investments throughout its asset classes at the meeting to highlight its diversification strategy, according to a press release. “This is a balanced asset allocation strategy that follows the old adage of not putting all your eggs in one basket,” CIO James H. Grossman said in the press release.

The system’s private markets allocation makes up 14.6 percent of the PA PSERS’s portfolio, as of Mar. 31.