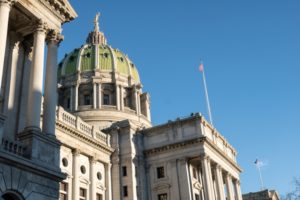 This approach would give the system a higher chance of reaching fully-funded status in the next 30 years, according to its investment consultant.

Chief investment officer James Grossman told the $55.8 billion pension’s investment committee that should the new allocation be adopted, there would be a “three-year glide path” to get there, with a lower commitment pace going forward to help make the change. He also said the fund had already done one secondaries sale and may consider shedding more holdings on that market.

“We’ll continue to look into the secondary market for certain to try to sell certain non-core holdings, that may get us there quicker,” he said.

The fund was committing as much as $3 billion annually in the years leading up to the 2008-2009 global financial crisis, when “there was a rush to get the allocation up.”

“Some of those returns have been challenged, those have been very challenging vintage years,” he said. “It’s part of the reason why we’re back into the secondary market right now, looking to lighten up in some of those older vintages from the portfolio.”

The funded status for PA Schools is 58.1 percent as of June 30, 2019, and its PE allocation as of March 31 was 16 percent. One board member, Republican State Representative Frank Ryan, has told Buyouts that he does not think private equity should be used to chase returns.

At the same meeting, consultant Aon Hewitt recommended a new asset allocation for the fund which would shift from illiquid private equity assets to more liquid public assets, saying it would give the fund a higher chance of reaching full funding by 2049. Consultants said the potential new portfolio, one of several possibilities given to the board to consider, would better balance the portfolio as far as its risk exposure.

The proposed new allocation would have an expected nominal return of 7.2 percent, and would cut overall illiquid assets from 44 percent of the portfolio to 38 percent.

The board will make a final decision about the new asset allocation at another meeting next month. In the meantime, board members will be able to submit questions about the various asset allocations offered up.