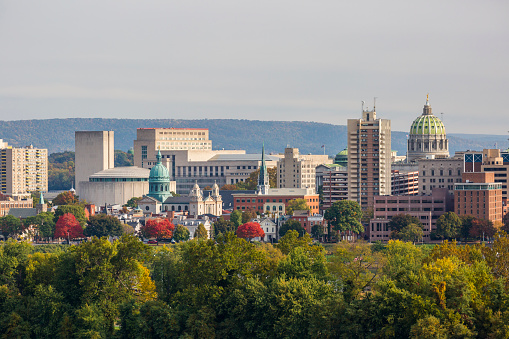 Pennsylvania State Employees’ Retirement System is following a strategy employed by other U.S. public pensions, aiming to shrink the number of relationships in its private equity portfolio and concentrate larger checks to fewer GPs this year.

Other public systems have gone a similar route after years of building large portfolios stacked with hundreds of GP relationships. Perhaps most notably, California Public Employees’ Retirement System in 2015 said it would reduce its GP relationships to around 30 from 100 over five years.

The $29.1 billion public pension system has 165 general partners and 300 funds in its PE portfolio classified as core and noncore relationships. PA SERS has a $4 billion PE portfolio, which accounted for 13.6 percent of its total fund in 2017.

In addition, the system will target its commitments to between $75 million and $100 million, most of which will be re-ups with existing managers.

The pension fund will focus on investing in Funds IV and above with managers and funds that have demonstrated good performance, according to Bryan Lewis, CIO of PA SERS.

“We aim to be conservative and will focus on developing meaningful relationships with managers who have demonstrated great results,” Lewis said.

To achieve its goal of shrinking its GP relationships, PA SERS expects to offer fund stakes on the secondary market this year, a source familiar with the pension system said.

PA SERS is not interested in most venture capital except for late-stage funds. “It is not aligned with our risk-reward profile,” Lewis said.

The change in its PE strategy is a concerted attempt to move away from the endowment-style private equity investing that served the pension fund well before the market crash of 2008, Lewis said.

One of the earliest institutional investors in PE, Pennsylvania SERS made smaller commitments to a larger pool of managers in the 1990s and 2000s; the portfolio was heavy with Funds I to III. The portfolio also contained a lot of venture exposure.

The 2008 crash came just as the pension fund had made its highest PE allocation — about $2 billion — in 2007. In the aftermath, the target allocation for PE was reduced to 15 percent from 25 percent.

From 2012 through 2015 the system barely made any new private equity investments, while it also reduced re-upping with existing managers, straining those relationships, the source said.

David Felix, managing director of the alternatives portfolio, has been instrumental in rebuilding trust, Lewis said. Felix has traveled and met with many GPs, explaining the pension system’s strategy and path forward, Lewis said.

StepStone handles the back end for the two-member private equity team at the pension fund and helps the team with the due diligence process.

Meanwhile, CalPERS late last year reassessed whether its decision to shrink the PE portfolio and target select core managers for larger checks led to more access and reduced fees — part of its justification for the move.

Further, with just 30 managers in the system, CalPERS struggled to maintain its long-term target to private equity.