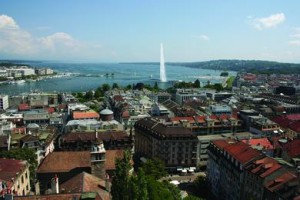 The fund’s strategy will be to invest in both private equity and private debt, with a specific focus on direct investments. Urs Wietlisbach, a founder of Partners and a member of the company’s board, said: “In contrast to many other listed private equity investment companies, Partners Group Global Opportunities Limited will offer diversified private equity exposure through a global platform, leveraging Partners Group’s excellent relationships with a wide variety of leading private equity firms. The company is targeting a dividend yield of 8% of its net asset value when fully invested.”

Apax, Texas Pacific, CVC and EQT are also rumoured to be either considering or preparing to launch a listed fund. Europe now has 132 listed private equity vehicles, representing a market capitalization of €32bn at year-end 2005.

The new fund follows a busy year for Partners, which as well as completing an IPO of the firm in March, has also raised three closed-end funds. Over the summer it raised €282m for Partners Group Global Mezzanine 2005, beating its €250m target, and is already 55% invested, with €112m invested in funds and €43m in direct investments. In May it closed its first ever mezzanine fund, Partners Group European Mezzanine 2005, on €265. Both the global and the European vehicles were launched in 2005.

In between these two closings it raised €279m for fund-of-funds vehicle Partners Group European Buyout 2005. This will focus exclusively on European small- and mid-cap buyout partnerships and direct investments. The fund has to date committed €114m to nine European buyout funds.