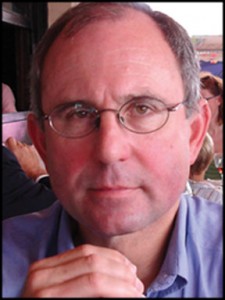 Villa was, in fact, one of 27 pension staffers who ranked among Wisconsin’s top 50 state-paid earners. More than $8 million in their pay came from bonuses awarded to pension staff for helping the $91 billion portfolio exceed its performance benchmarks.

In fits and starts, many state pensions have gradually raised their base pay and introduced incentive pay for investment officers. These institutions have bought into the idea that compensation and performance are directly correlated, and that better pay and incentives can reduce turnover. Wisconsin’s Investment Board is one of a growing number of state pensions, including the Texas Teachers’ Retirement System and the Virginia Retirement System, that feature incentive pay.

“The number one objective for a money manager, even in the non-profit world, is to make money, and if someone is proving themselves, and you’re not paying them a market rate, you’re going to lose them,” said Charles Skorina, an executive recruiter who places investment managers at public pensions, endowments and foundations (pictured at right).

But pay-for-performance cultures are hardly universal among state pensions, or even endowments and foundations. At the Minnesota State Board of Investment, for example, Chief Investment Officer Howard Bicker, who plans to retire after 31 years in the job, earned just under $250,000 in 2011, with no possibility earning an incentive bonus for managing $65 billion in assets. That is less than one-third of what Villa earned next door in Wisconsin. Meantime, Minnesota’s recent 10-year average return of 8.2 percent beat Wisconsin’s 7.8 percent over the same period.

Pay disparities like these almost certainly contribute to turnover at institutional investors.

At the Massachusetts Pension Reserves Investment Management Board, “we lose just about 100 percent of our top employees to the private sector,” Michael Trotsky, the executive director, told Buyouts in an interview last year. MassPRIM, which lost several senior investment officers in 2011 and 2012, commissioned a study that showed its compensation fell well below that of its peers. Meanwhile, Ron Schmitz, the CIO of the Virginia Retirement System, told Buyouts in 2011 that compensation was a factor in his decision to leave the Oregon Investment Council, where his pay was roughly one-third of the $900,000 that he could potentially earn, including performance bonuses, at the Virginia Retirement System.

“In the U.S., pension chief investment officers are often seen as public servants on public service pay scales,” said Keith Ambachtsheer, director of the Rotman International Center for Pension Management at the University of Toronto. “Such pay scales may top out at, say, $350,000, and that’s a big number in public service. You can still get some very good people at those prices, but you are probably going to miss out on a whole bunch of other good people, too.”

As a general rule, institutional investors are paying investment officers more competitively than they once did.

“Most increases at pensions have come from incentive pay rather than base pay,” said Ambachtsheer. “Individually, we will continue to see states ask, ‘Are we paying people what they should be paid? And are we holding back how well we could be doing when (looking) at our compensation policy?’”

Such compensation is many times the earnings of Britt Harris IV, the highest-paid pension official in the United States. He earned $1.05 million at Texas Teachers’ in 2011. In fact, just two of the top 50 highest-paid investment managers at non-profit organizations in the United States were from public pension funds in 2010. (They were Harris and Charles Cary of the Georgia Teachers’ Retirement System, who earned $609,000).

Canadian pensions often bring much of their investment functions (especially in private equity) in-house, saving millions of dollars on management fees and carry fees that would otherwise be paid to outside managers. These savings can be huge, and flow straight to net returns, thereby lowering the hurdle for investment success after fees are taken into account.

But although the general direction of LP compensation has been going up, albeit slowly, big pay disparities remain among different types of non-profits, including pensions, endowments and foundations. “Among non-profits, big endowments tend to offer the highest pay because top universities are very competitive with each other,” said executive recruiter Skorina, adding that foundations also often offer competitive compensation.

Among endowments, Harvard Management Company, which manages the world’s largest endowment, with $30.7 billion in assets, paid its chief executive, Jane Mendillo, $5.3 million in 2011 (up from $3.5 million in 2010). But at nearby Wellesley College, which has a $1.4 billion endowment, Chief Investment Officer Deborah Kuenstner earned just $620,000 in 2010, about 87 percent less than Mendillo, according to Skorina, who compiles a database of endowment pay information from IRS 990 filings. (The reporting lag time from such filings is the main reason these figures are from 2010.)

Kuenstner succeeded Mendillo at Wellesley College after Mendillo joined Harvard in 2008, yet Wellesley College had a higher five-year average return of 5.2 percent between 2006 and 2010, compared to Harvard Management Company’s 4.7 percent over the same period, according to Skorina.

So, do institutions that offer higher compensation perform better?

“I have just one clear example, not 100,” said Ambachtsheer. “That is the Ontario Teachers’ Pension Plan, the top-performing pension in the world,” he said, citing an analysis by CEM Benchmarking, which ranked Ontario Teachers’ as the top performer among the world’s 400 largest pension plans.

Ontario Teachers’ generated an average annual return of 9.6 percent over the decade ending December 31, 2012, according to the pension. That is 200 basis points above its benchmark for the period. It is also substantially better than the 7.96 percent median 10-year performance for public pensions with at least $1 billion in assets, according to the Wilshire Trust Universe Comparison Service.

Still, Skorina said the correlation between pay and performance is a weak one. Many non-profit investment officers perform well even though they get paid less, he said. “And some people take these jobs because they like the organization’s mission,” he said.

Indeed, consider the heads of the five-largest U.S. endowments. Mendillo, who earned the highest pay among the five chiefs of Harvard, Yale University, Princeton University, Stanford University and the University of Texas, performed next to last within the group, according to Skorina, with a three-year return between 2008 and 2010 of -4.2 percent. Meanwhile, Bruce Zimmerman, head of the University of Texas’s endowment, performed best (with a -1.7 percent return). But with $1.3 million in compensation in 2010, Zimmerman earned the second-lowest level of compensation in the group.

At foundations, Laurance Hoagland was paid $2 million in 2010 to lead investments at the $7.7 billion Hewlett Foundation, while Eric Doppstadt was paid 62 percent less than Hoagland ($768,000) to lead investments at the Ford Foundation which, at $11 billion, is 43 percent larger than the Hewlett Foundation. But Hoagland may have been worth the extra pay: The Hewlett foundation had an average annual return of 6.1 percent between 2006 and 2010, compared to the Ford Foundation, which returned just 4.6 percent for the period.

John Griswold, executive director of the Commonfund Institute, the research arm of Commonfund, said that a good analogy to describe these pay disparities comes from Major League Baseball: “There are people on some teams who make half of what another player makes who has a similar batting average.”