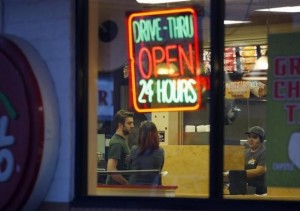 In a two-step process, Levy’s family and other investors will first invest $120 million in Del Taco and gain 46 percent control. A Levy Acquisition unit will then merge into Del Taco, the company said on Thursday.

Levy Acquisition said it plans to change its name to Del Taco Restaurants Inc and will continue to trade on the Nasdaq.

Reuters reported in February that Levy Acquisition was in advanced talks to buy Del Taco.

The deal is expected to close in June.

Levy is the co-founder of Levy Restaurants, which operates concession stands at arenas including Wrigley Field and U.S. Cellular Park.

He also owns well-known Chicago restaurants such Spiaggia, which is regarded as one of President Barack Obama’s favorite restaurants in the city.

Levy Acquisition’s shares were up marginally at $9.98 in light premarket trading.