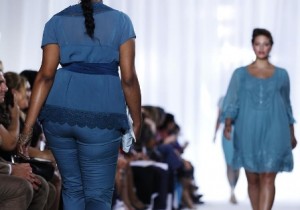 A potential sale comes as investors are looking to capitalize on the roughly $17.5 billion market for plus-size fashion in the United States that remains largely underserved by mainstream retailers, according to market research firm the NPD Group.

FullBeauty sells clothing for sizes 12 and up through catalogs and the Internet. Its brands include Women Within, Jessica London and KingSize.

An auction for the company is already under way and has attracted interest from several private equity firms, the people added.

FullBeauty has also appointed investment banks, including JPMorgan and Jefferies LLC, to lead a initial public offering as an alternative path should the auction fail to meet the company’s owners’ valuation expectations, the people said.

FullBeauty currently has annual earnings before interest, tax, depreciation and amortization of around $150 million, the people said.

Through dividend recapitalizations – the practice of having a company borrow in order to pay dividends – Charlesbank and Webster Capital have already received about $500 million from FullBeauty since they acquired it, more than 3.5 times their equity investment, according to Moody’s Investors Service Inc.