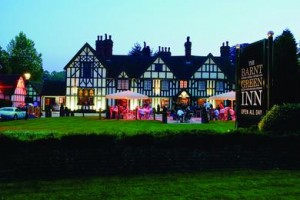 Private equity firms are considering teaming up with to support its offer for fellow pub group (M&B). Punch is coming under increasing pressure to restructure its planned all-share bid for the company by offering more cash to M&B shareholders.

Punch is currently planning to offer an additional £175m in cash, but that is little consolation for Punch’s sliding share price, which makes the possible bid less attractive than it appeared a month ago. Since the putative all-share offer was first outlined on February 4, Punch has seen its shares fall by 109.5p, or 15.3%, to 604p.

Over the same period, M&B’s shares have remained pretty flat. However, last Friday’s weak results from fellow pub company also dragged down M&B’s shares. That left them 40p, or 8.9%, below the 450p level they stood at the day before Punch’s possible offer was outlined. Both companies are worth roughly £1.6bn.

There has been speculation that private equity groups and , as well as , are investigating alternative bids. Punch chief executive Giles Thorley, who worked with Terra Firma’s Guy Hands on deals at Nomura, is also on the board of Tragus, the restaurant group owned by Blackstone.

Now a report claims CVC, Blackstone, and other “interested parties” are talking to Punch about making a joint bid for M&B. This could see Blackstone and CVC obtain a 10% stake in a merged entity in return for a £200m convertible loan. A spokesman for Punch declined to comment on the report.

In the meantime, hedge funds and other investors have been building stakes in both companies, in anticipation of significant arbitrage activity.

Lars Bader of , which owns 9.3% of Punch, said: “I would prefer it to remain a single company. I can’t see there being enough synergies to extract to justify the cost. Punch has more earnings, more assets, and has not been hit by losses from property hedging.”

M&B incurred a £274m loss after aborting a property joint venture with Robert Tchenguiz because of the credit crunch last summer. That wiped out the entire year’s operating profits.

Tchenguiz still has a 23% stake in M&B, mainly through contracts for difference. However, M&B shares are now at half the level they stood at last summer, before the property joint venture was shelved. This gives Tchenguiz a pivotal role in the outcome of this pubs battle.

QVT’s Bader refused to comment on whether or not he had held discussions with Tchenguiz. However, he said he had held no talks with potential private equity suitors, adding: “Private equity could be interested in both companies, or one or the other, depending on the debt markets.”

Racehorse owner Trevor Hemmings as well as Irish duo John Magnier and JP McManus have both taken stakes of around 3% in M&B. The family who own the Martini drinks brand has 1.04%. Hedge fund Marshall Wace also has a holding while Centaurus has taken a position in Punch.