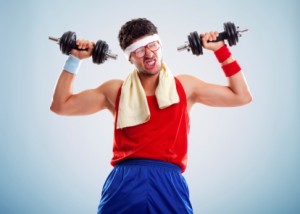 The California Public Employees’ Retirement System’s private equity portfolio is poised to notch its lowest annual return in four years, according to preliminary earnings released by the $301 billion pension system.

The $30 billion private equity portfolio returned just 8.9 percent during the first three quarters of the 2014-2015 fiscal year, which ended on June 30. The asset class underperformed its benchmark by 221 basis points, according to a statement.

Those returns stand in sharp contrast to the 20 percent CalPERS slugged from its private equity portfolio during the 2013-2014 fiscal year, and the 13.6 percent it netted the year before, according to previous press releases. Preliminary returns suggest 2014-2015 could be CalPERS’ weakest year for private equity since 2011-2012, when the portfolio returned just 5.4 percent.

CalPERS reports its private equity earnings with a one-quarter lag and will release its final fiscal year returns at its August meeting.

Chief Investment Officer Ted Eliopoulos said in a statement that private equity recorded “strong returns for the fiscal year” despite failing to clear its benchmark.

“We try not to focus, or get excited about, any one-year return,” Eliopoulos said in a call with reporters. “We look more meaningfully at longer time periods.”

However, the portfolio netted a 12.3 percent 20-year annualized return, exceeding its benchmark by 63 basis points, according to the pension’s website.

CalPERS total investment portfolio netted a 2.4 percent return as of June 30, falling short of its benchmark by nine basis points, according to the preliminary returns.

Equities, which account for more than half of CalPERS assets, generated just 1 percent over the last year. The retirement system pegged diminished returns to a stronger U.S. dollar as well as struggling emerging market economies.