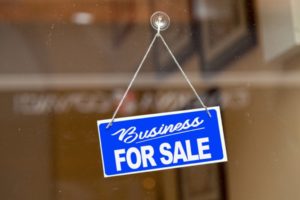 Special purpose acquisition companies, or SPACs, are more than just a fad or a bubble, but are poised to become a permanent asset class, according to Scott Kleinman, co-president of Apollo Global Management.

“If you think about it from an investor’s perspective, the SPAC is an incredibly efficient way for an institutional investor to access the private markets, from a traditional acquisition standpoint,” he said during a virtual panel discussion at the Milken Institute Global Conference Thursday.

Low interest rates mean investors can hold onto SPACs cheaply while managers look for a deal, and then cash out if they do not like what the manager comes up with, making it an appealing investment.

“It’s a very low cost way for that institution to be able to play the acquisition market,” he said. “As long you believe we’re going to be in a low-interest environment for the foreseeable future, which we and I think most people on this call would happen to believe, then I think you’re going to see this stay for some time.”

SPACs are public investment vehicles designed to find one deal in a specific industry, generally within two years, with investors getting their money back should it fail to find one. SPACs have exploded this year, as Buyouts has reported, with 185 raising more than $58 billion in dry powder as of September 30. After being a minor part of the market for decades, private equity GPs have begun to warm to them as a way of exiting companies or finding new deals potentially out of range of their traditional PE funds.

Some LPs have expressed concerns about SPACs interfering with GPs’ traditional private equity activity, as Buyouts has reported.

When asked whether SPACs are “stealing” from private equity, Kleinman said he did not feel Apollo’s SPAC activity would conflict with its private equity fund investments.

“We’re targeting a slightly different set of companies set of assets with our SPAC activity than we are with our traditional funds, so we’ve been able to really bifurcate the targets,” he said.

Raymond Svider, chairman of BC Partners, said SPACs’ limited timeline and narrow focus means they operate differently than a private equity fund, most notably in having a narrower focus.

“SPACs are relatively small groups of people and they don’t have the ability or the bandwidth to go in-depth into many situations at the same time,” he said.

In fact, Svider said the two entities can have a complimentary relationship.

Svider elaborated via email, telling Buyouts that the public markets tend to be volatile, with certain business sectors, such as growth, technology and e-commerce, doing extremely well but others having trouble gathering momentum.

“SPACs, however, do enable a public exit in such an environment,” he wrote.

At the same panel, Kleinman said Apollo has invested a little under $5 billion in the aerospace industry, as Buyouts reported.