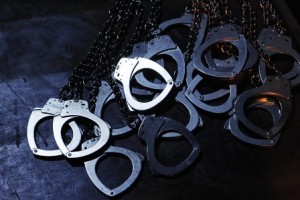 The Securities and Exchange Commission announced on Jan. 30 that it charged Penn and his firm, Camelot Acquisitions Secondary Opportunity Management, with stealing more than $9 million from fund investors, Reuters previously reported.

The SEC alleged that Penn used about $9.3 million from the fund to pay fake fees to Ssecurion, a company controlled by his longtime acquaintance, San Francisco-based Altura S. Ewers, who would then kick the money back to companies and accounts controlled by Penn.

Penn used the funds to rent luxury office space and pay commissions to third parties to secure investments from pension funds, according to the release.

Camelot’s auditors began to become suspicious of the fees in 2013 after Penn and Ewers lied and forged documents in order to cover up their scheme, according to the SEC.

“Penn held himself out as an ultra-sophisticated and well-connected investor in the private equity world,” Andrew M. Calamari, the director of the SEC’s New York Regional Office said in a statement. “Behind the scenes, Penn disregarded his obligations to the fund’s investors and treated their assets as his own personal and professional slush fund.”

The SEC’s complaint, which was filed in a federal court in New York, charges Penn, two Camelot entities, Ewers and Ssecurion with violating U.S. securities laws. It seeks the disgorgement of ill-gotten gains with interest and applicable penalties.

(By Brendan Pierson and Amanda Becker; Editing by Lawrence Aragon for Buyouts)